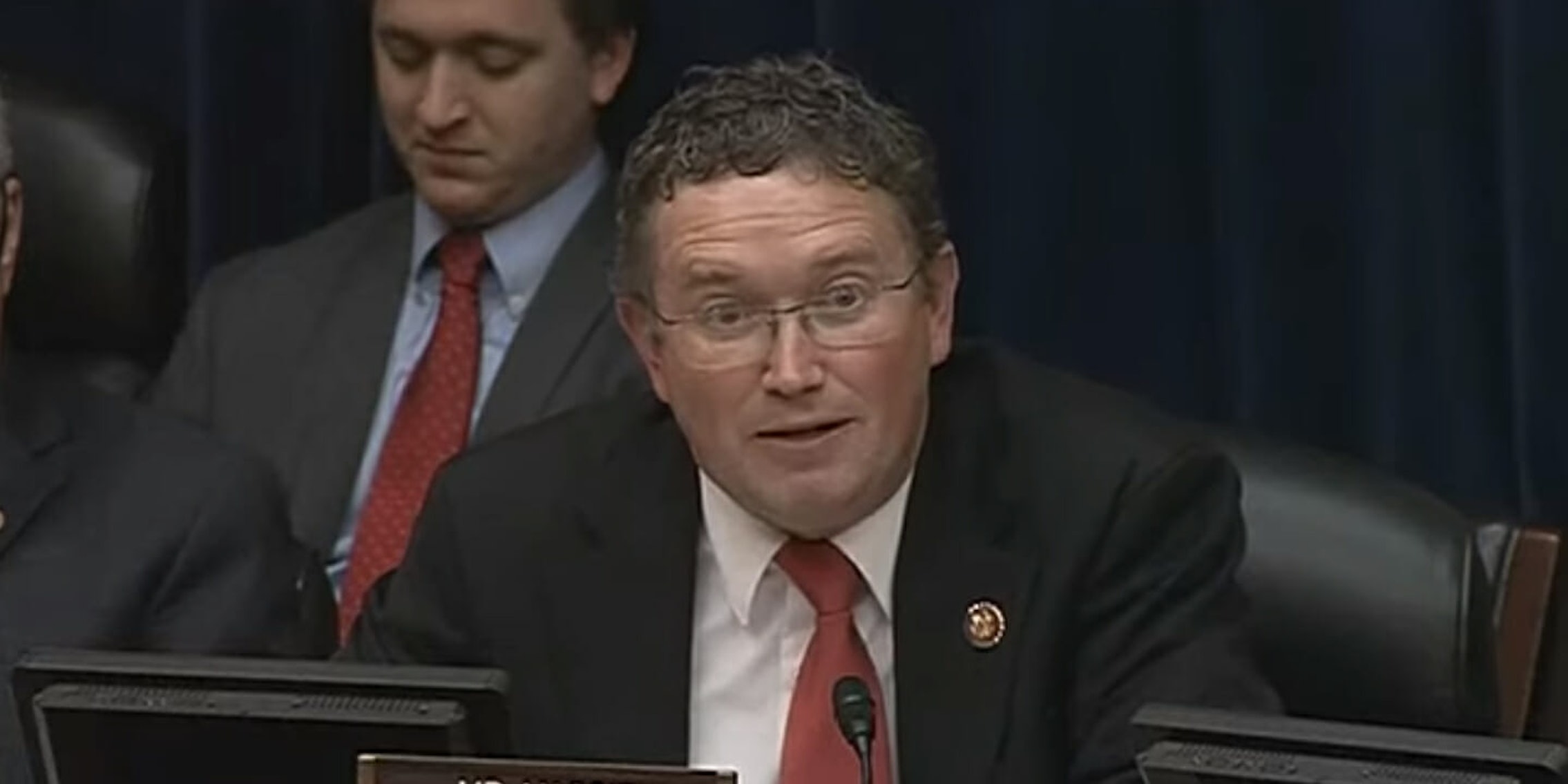 Kerry responded with: 'Are you serious?'

John Kerry, the former secretary of state, was flabbergasted on Tuesday afternoon when a Republican lawmaker tried to undermine his college degree during a hearing about climate change.

Rep. Thomas Massie (R-Ky.) tried to question Kerry’s “science degree” during a House Oversight Committee hearing, by asking the former Obama administration official about it, saying it did not qualify him to weigh in on climate change.

The exchange led to Kerry asking: “are you serious?”

Here’s how it went:

Massie: “Secretary Kerry, I want to read part of your statement back to you: ‘Instead of convening a kangaroo court, the president might want to talk with the educated adults he once trusted to fill his top national security positions.’ It sounds like you’re questioning the credentials of the president’s advisers currently, but I don’t think we should question your credentials today. Isn’t it true you have a science degree from Yale?”

Kerry: “A bachelor of arts degree.”

Massie: “Is it a political science degree?”

Massie: “So how do you get a bachelor of arts in a science?”

Massie: “OK, so it’s not really science. So I think it’s somewhat appropriate that someone with a pseudoscience degree is here pushing pseudoscience in front of our committee today.”

Kerry: “Are you serious? I mean, this is really, seriously, happening here?”

The clip is worth watching. Via The Hill pic.twitter.com/D432V6m1SN

Massie seemed to respond to the attention his questions got the next morning.

“Have you noticed that the scientists who feel most qualified to weigh in on climate science are political scientists? 😉 #sassywithmassie” he wrote on Twitter.