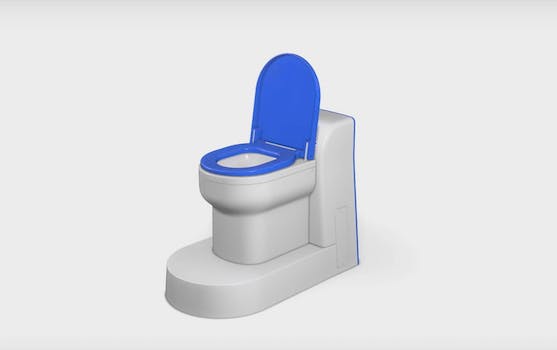 The waterless toilet, backed by Bill Gates, could change the world

2.5 billion people live without proper sanitation. This toilet could help change that.

According to the Centers for Disease Control and Prevention, 2.5 billion people around the world lack access to advanced sanitation. Difficulty accessing clean water and infrastructure problems keep this basic human necessity out of the reach. To help fight this problem, developers at Cranfield University have created a waterless toilet—and it’s attracted investors like Bill and Melinda Gates.

The Nano Membrane Toilet is designed to be used by 10 people for up to six months without needing to be serviced. Due to the servicing issue, the toilet will be implemented first in urban areas, before being expanded to more remote areas of the country.

First, you use the toilet. Then the user simply closes the lid. This activates a rotating toilet bowl, which moves to dump the waste into a vat below the bowl. A scraper then clears off any residual matter from the bowl. Solid waste and liquid wastes are then sorted and stored separately in the storage tank.

Solid waste is transported via an Archimedes screw into a drying chamber and then dropped into a combustor, with the remaining ash disposed of later. Liquid waste is filtered through special membranes that filter the liquid waste into usable water. The usable water is then stored, and used for watering plants.

According to an interview with Business Insider, the toilet costs no more than five cents per day to use. Field testing will reportedly start later in the year. You can watch a video explaining exactly how the toilet works below.