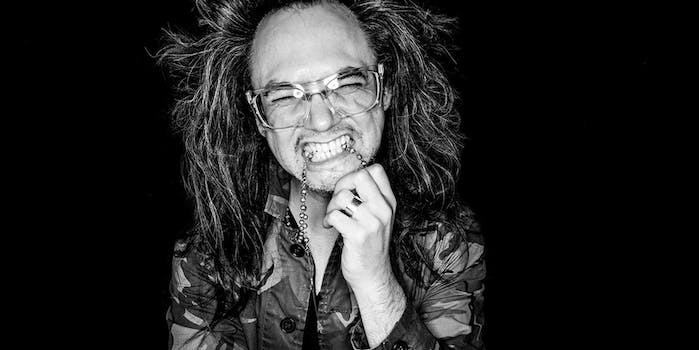 Shingy is hardly the only one.

Shingy is AOL’s “digital prophet,” a tastemaker and thought-leader within the company whose full-time job is to rally employees around the same set of best practices. In his own words, Shingy says, “I’m a storyteller. I contextualize. I take all the currencies of what’s going on before, now, and next. I come in and basically inspire people.”

AOL hardly has a monopoly on giving people these types of jobs, charging people to play a new type of internal leader who is revolutionary by design in order to keep its business forward-thinking.

But AOL is not alone. The iconoclast-meets-corporate job title is becoming a tech company staple (and low-hanging fruit as well for mocking, as Valleywag aptly points out).

Chade-Meng Tan (you can call him Meng) holds the job title of Google’s Jolly Good Fellow. This offbeat position comes with quite the ambitious job description. He is to “enlighten minds, open hearts, and create world peace.” He started as an engineer early in the company’s history, helping to develop its first mobile search service, but it became clear that he could ply his knowledge and abilities in more effective ways. 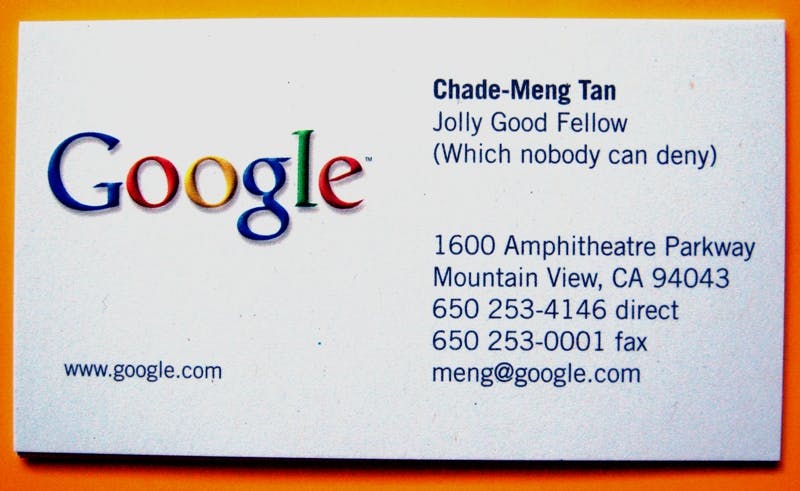 When he served as the company’s Head of Personal Growth, Meng created a motivational course for employees that turned into a New York Times bestselling book, cleverly titled Search Inside Yourself. Deepak Chopra calls the book “an entertaining and practical guide to success and happiness.” Meng’s ideas on how to bring an Eastern mindfulness approach to the workplace for the sake of happiness and productivity found a hugely receptive audience at Google and around the world. It’s made him a noted speaker (watch his TED Talk, or his presentation to Google employees) who’s friendly with a number of unlikely celebrities. Spiritual leaders such as the Dalai Lama to business leaders like Eric Schmidt and Tony Hsieh have all sung Meng’s praises.

Google’s Astro Teller is another unconventional leader within the company. Not only is he an author and entrepreneur, but he leads a team at Google devoted to solving seemingly impossible problems. As head of Google X, which is basically the company’s mad scientist division, Teller’s full-time job is to effectively make technology. As he says on his own LinkedIn page, this is the arm of Google responsible for building “magical, audacious ideas that through science and technology can be brought to reality.” Google Glasses are a creation of Google X, as are its self-driving cars.

Teller also oversaw Project Loon, Google’s effort to make high-speed Internet available around the world by creating a network of connected weather balloons, each one carrying heaps of technology that would bring broadband to the most remote areas on the planet.

The latest effort from Teller has less to do with technology and more to do with family. He and his wife have written a book about the nature of marriage and divorce. The thesis of the book is effectively “everything we think we know about marriage is wrong.” It’s a non-obvious move for someone so clearly established as a technologist, but it reinforces the idea that these sort of multi-faceted positions are thinking outside the traditional technology boxes. And Google certainly loves its optimistic mutineers.

And then there is Brian David Johnson, a futurist at Intel. We first became aware of him when he unveiled Jimmy, an open-source robot designed by Intel for hobbyist makers to 3D-print and tinker with at home. Johnson’s job description has him determining a vision of the future that he and Intel can work together to build, looking 10-15 years out. Here’s how he describes it:

“Around 2000, Intel began to design chips five to 10 years out, so they needed to know 10 years out what people would want to do with them. I came to Intel to work with engineers, creative people, and researchers to conceive of and build a product over this long timeline. Eventually, that role led me to be Intel’s futurist.” To draw such informed conclusions about what people want in the future, he works with “a team of social scientists, anthropologists, and ethnographers who fan out all over the world to study how people live, shop, and work.”

While they come with titles that might make you roll your eyes and in Shingy’s case, a persona you can’t help but question the authenticity of, their ideas are shaping the future. And the evolution of the job title, and what’s contained therein, is unstoppable. If you’re stuck in something antiquated, like being an accountant or vice president, you can always reassign yourself much more forward-thinking. But what you choose to do with the new title is up to you (and your boss).