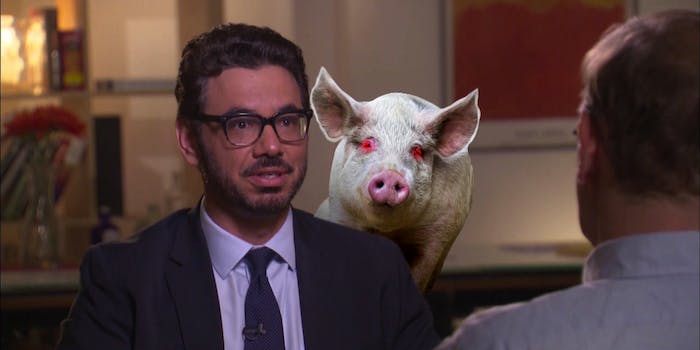 ‘The Daily Show’ tries to understand why Iowa matters

Iowa doesn't really matter, but we all have to pretend it does.

Every four years, politicians start caring about Iowa. Now that the 2016 presidential race is underway, it’s that time again.

To find out how seriously Iowans take their responsibility of being the first state to vote for presidential nominees, Jon Stewart sent Al Madrigal to Iowa for a little bit of recon. Iowa rarely goes for the eventual nominee, but candidates still cater to the state and its citizens, attending the Iowa State Fair as if it’s an important international conference.

Of course, what it all comes down to is pandering on the issues that matter to Iowa (but not really the rest of the country). If you’re running for president, you don’t want to upset the ethanol lobbyists.