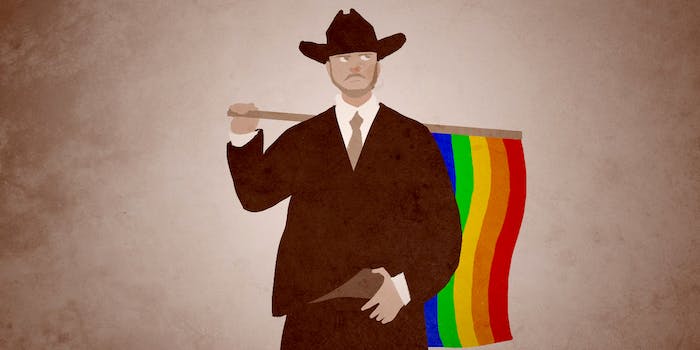 Maybe the Eleventh Commandment should be 'Honor thy copyeditor.'

What’s wrong with the following sentence?

“Homosexuality is a chosen behavior that is contrary to the fundamental unchanging truths that has been ordained by God in the Bible, recognized by our nations founders, and share by the majority of Texans.”

If you answered “a bunch of stuff,” you’re right.

Thanks to some extra words, the aforementioned sentence, which was included in the Texas Republican Party’s official 2016 platform, declares that the “majority of Texans” share the “behavior” of homosexuality. It also incorrectly conjugates the verb “to have” in its singular form (“has”) despite referring to a plural noun (“truths”) and excludes an important apostrophe.

The sentence should read: “Homosexuality is a chosen behavior contrary to the fundamental unchanging truths that have been ordained by God in the Bible, were recognized by our nation’s founders, and are shared by the majority of Texans.”

Typos aside, the rest of the document includes provisions that you might expect from the Texas Republican Party, including support for the reversal of Roe v. Wade, the elimination of federal funding for Planned Parenthood, and support for laws that forbid transgender Americans from using bathrooms in accordance with their gender identity.

Check out the full platform below and see if there are any other typos worth pointing out.