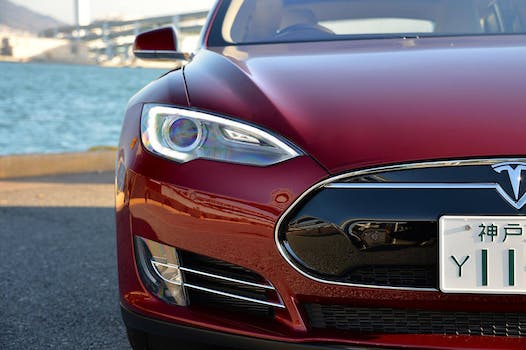 The possibilities of Tesla's Summon feature are endless.

You could drive your Tesla out of a garage, or you could get Amazon‘s Alexa to do it for you.

Tesla Model S owner Jason Goecke programmed his Amazon Echo to direct his Tesla using the car’s summon feature. Summon lets drivers control their cars remotely through an app; the self-driving feature can slowly maneuver Teslas into and out of parking spaces and garages.

By using an unofficial Tesla API (Tesla does not provide one), Amazon’s voice service Alexa, and the Go programming language, Goecke can tell Alexa to control his vehicle.

“Alexa, ask KITT to pull the car out of the garage,” he says in the video, with a nod to Knight Rider.

Goecke released the code on GitHub for other tech-savvy Tesla owners to use and modify.

It’s a pretty straightforward set of commands, but Goecke admitted in a blog post that it was unsafe. There are no controls in place—like voice recognition—to ensure that the driver is the one commanding Alexa; anyone standing nearby could coax Goecke’s Tesla out of the garage.

Goecke said in his post that further work might focus on increased security and automatically preparing cars for cabin comfort before driving them.

The day will come soon where I may also apply voice biometrics and computer vision to properly secure such a use case. Imagine the day I could ask Alexa from within my house to get my car ready. The car pulls out of the garage and adjusts its settings to my preferences based on the weather, opening my sunroof and windows on a nice sunny day. All the technologies are already here, its stringing them together just right.

Eventually, Tesla’s Summon feature will control more than just parking. When the feature launched earlier this year, Tesla CEO Elon Musk envisioned a long-distance summoning situation. “In two years, you’ll be able to summon your car from across the country,” he said. “If your car is in New York and you are in Los Angeles, it will find its way to you.”