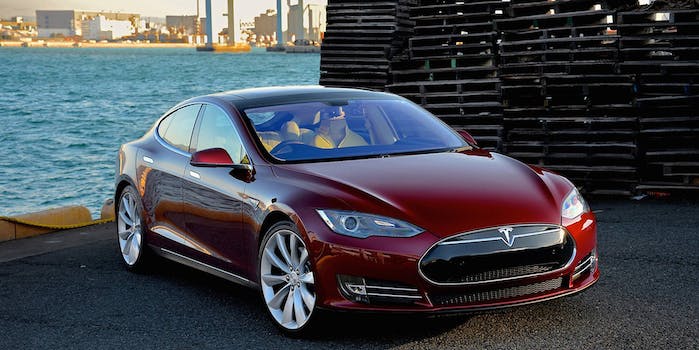 Tesla says it can use black box data to prove a Utah man was at fault when his car's autopilot drove it into a trailer.

When claiming that a technical error caused your vehicle to crash, perhaps make sure your vehicle doesn’t keep a log of everything that happens.

That’s the lesson Utah Tesla owner Jared Overton is facing regarding his claim that the company’s Summon self-parking feature crashed his car into a trailer while he wasn’t driving.

Summon allows a Tesla owner to have his car autonomously drive over to him. It’s controlled using a smartphone, and it includes a “cancel” button should you want the car to stop. In the case of the Utah crash, according to Tesla, the driver activated the feature and failed to stop it. Thanks to the vehicle’s data logs, Tesla was able to provide a detailed explanation of what happened before the crash. It’s a look into how smart cars will change the future of traffic accident reporting, and possibly even assign blame for accidents.

Tesla provided the Verge with a copy of the letter that was sent to Overton explaining exactly what went wrong that fateful day, based on the car’s data logs. The driver failed to notice or react to multiple warnings from the car and failed to use the feature as properly describe in the owners manual, Tesla said.

Here’s Tesla’s take on what happened.

Unfortunately, these warnings were not heeded in this incident. The vehicle logs confirm that the automatic Summon feature was initiated by a double-press of the gear selector stalk button, shifting from Drive to Park and requesting Summon activation. The driver was alerted of the Summon activation with an audible chime and a pop-up message on the center touchscreen display. At this time, the driver had the opportunity to cancel the action by pressing CANCEL on the center touchscreen display; however, the CANCEL button was not clicked by the driver. In the next second, the brake pedal was released and two seconds later, the driver exited the vehicle. Three seconds after that, the driver’s door was closed, and another three seconds later, Summon activated pursuant to the driver’s double-press activation request. Approximately five minutes, sixteen seconds after Summon activated, the vehicle’s driver’s-side front door was opened again. The vehicle’s behavior was the result of the driver’s own actions and as you were informed through multiple sources regarding the Summon feature, the driver is always responsible for the safe operation and for maintaining proper control of the vehicle.

Although Tesla has data on their side, it’s not the whole story. While the driver should have been aware the feature is activated, shouldn’t the sensors on a mass production car like this be able to detect something the size of a trailer?

As these two parties continue to fight over who is liable for the crash, keep an eye out for how this case ends. Self-driving and -parking cars are coming. Cases like this could determine how this future might soon play out.