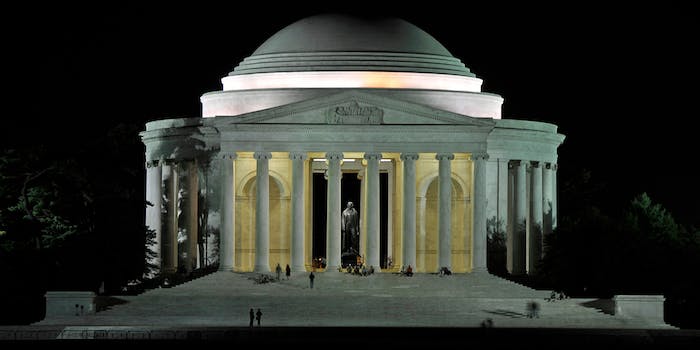 The more afraid people are, the more they're willing to overlook civil-liberties concerns.

There has been a dramatic shift in the way Americans perceive the threat posed by terrorism in last two years.

When pollsters asked respondents if they were more concerned about the government’s counterterrorism policies going “too far in restricting the average person’s civil liberties” or if they believed those policies had “not gone far enough to adequately protect the country,” 61 percent said that the policies don’t go far enough, while only 27 percent said that they had gone too far.

This is dramatic change from when Quinnipiac pollsters asked the same question at the beginning of 2014. In that poll, 51 percent of respondents said that government policies had gone too far, while only 33 percent said that they hadn’t gone far enough.

When Quinnipiac first began asking this question in 2010, 25 percent of respondents said that anti-terror measures went too far and 63 percent said that they didn’t go far enough. In subsequent polls in the intervening years leading up to the one conducted in January 2014, there was a gradual shift in favor of protecting civil liberties.

Two major events likely explain much of the post-2010 shift toward protecting civil liberties and the post-2014 drift in the other direction.

In the summer of 2013, former NSA contractor Edward Snowden leaked a trove of classified documents revealing the U.S. government’s global surveillance dragnet, which reached nearly every aspect of Americans’ digital lives. These revelations undoubtedly shifted the public mood, pushing people away from the attitude that the government should do everything possible to combat terrorism regardless of the civil-liberties effects.

But as the passage of time dulled the vividness of the initial revelations about those far-reaching surveillance programs, another trend replaced the Snowden leaks as the main driver of public opinion: ISIS terrorist attacks, such as the shootings and bombings in Paris. Those attacks have clearly made many Americans increasingly nervous.

Over the same period of time—early 2014 to December 2015—President Barack Obama‘s approval rating for handling terrorism dropped from 52 to 38 percent. Additionally, the proportion of respondents who said that “a terrorist attack in the United States causing large number of lives to be lost” was “very likely” jumped from 28 percent in late 2013 to 44 percent in the new survey.

Photo by Tony Fischer/Flickr (CC BY 2.0)