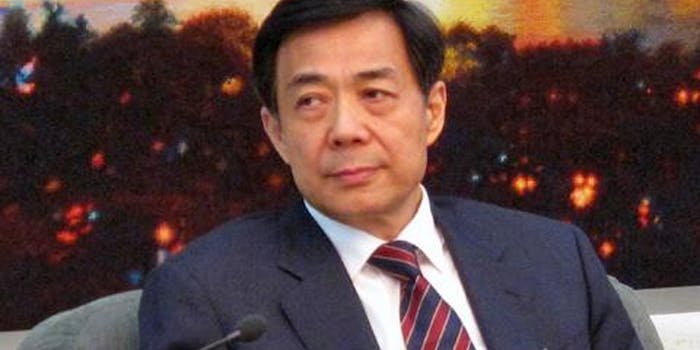 When the Chinese government censors, people get clever, choosing words that slip through the censors' nets—at least temporarily.

But as China’s trigger-happy censors have discovered time and again, controlling thought with language online isn’t so easy. Just ask the Teletubbies.

The 90s children’s characters have become part of a complex set of codewords Chinese netizens have adopted in recent days as they skirt the censors and discuss sensitive political issues—including a rumored coup attempt.

Just try to make sense of this coded language, written by a Chinese Internet user in recent days and translated by The Guardian: “[A few] days ago, Beijing was hosting an innovative tug-of-war for the elderly; this game has nine contestants in all.”

The game of tug-of-war is a reference to an ongoing power struggle within a nine-member Politburo Standing Committee, China’s most powerful political body.

The first round of the contest is still intense … The teletubby team noticeably has the advantage and, relatively, the Master Kong team is obviously falling short.

In other words, in the power struggle between Wen and Zhou, fought within China’s highest political body, Wen is winning.

What are they fighting over? Last week, rising political star Bo Xilai, who Zhou supports, was removed as party chief of Chongqing, a city in China’s Southwest with a population of 30 million. This followed the arrest of one of Bo’s close allies in February, after he reportedly sought political asylum at a United States consulate.

Bo was a populist whose anti-corruption crusades ruffled the feathers of the country’s more pragmatic establishment. Prior to his ouster, he was also the chief rival of Xi Jinping, the man who will likely succeed Hu Jintao as China’s next president, and a disciple of Wen.

It’s Wen versus Zhou in an opaque political struggle made even more impenetrable thanks to China’s tight censorship rules.  Not surprisingly, Bo’s name is now blocked in Chinese search engines, as is his wife’s.

Chinese netizens, aware that something big is going on as the country prepares for its leadership change in the Fall, have been chattering incessantly about the events online. Earlier this week, rumors began to falsely proclaim a coup was underway in Beijing, buoyed by images of tanks on the streets in Beijing (the photographs were actually from a 2009 military parade).

China’s censors quickly stepped in and deleted any mention of the coup. That’s where the codes come in. According to the site Offbeat China, the coded language was temporarily a trending topic on China’s Twitter-like Sina Weio on Wednesday.

Masking language with homonyms and other codes are hardly new tactics on China’s Internet. Muzzling discussion by banning a few words here and there is like plugging a single hole in a sieve. No one should be surprised if the censors add “Teletubbies” and “Master Kong” to their banned list. And when they do, expect new codes to pop up in their place.

For a complete translation of the codes, check out the post at Offbeat China.