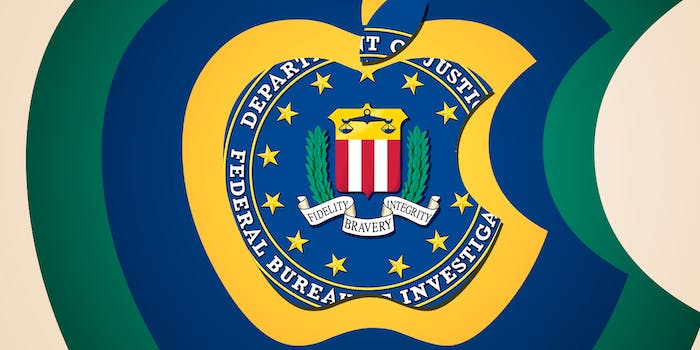 Read Rep. Ted Lieu’s letter asking the FBI to give up its iPhone-unlocking fight with Apple

The California Democrat is a Stanford University computer-science graduate, U.S. military veteran, and a former prosecutor.

U.S. Rep. Ted Lieu (D-Calif.) sent a letter on Tuesday to FBI Director James Comey, asking that the bureau withdraw its demand that Apple help unlock an iPhone owned by one of the San Bernardino terrorists.

The letter pushes back against Comey’s insistence that the FBI’s request “isn’t about trying to set a precedent” just as other law enforcement officials aim to test whether this case helps their own investigations or prosecutions.

Lieu warns that if the judge’s order on Apple is upheld, “the precedent will open the floodgates for all future prosecutors to make the exact same demands in any case involving a smartphone that government cannot decrypt.”

The three-page letter urges Comey follow his own advice to “take a deep breath and talk to each other, rather than use a lawsuit to circumvent the critical and necessary policy discussions” centering around not only the San Bernardino iPhone case but at least a dozen more iPhone unlocking cases currently in courts.

The full letter can be read below:

Lieu has been one of the most outspoken critics of the FBI’s tactics in the San Bernardino iPhone case. Hours after the FBI succeeded in having a federal judge order Apple to help the FBI break into the iPhone, Lieu said the case would set a bad precedent as it effectively “forces private-sector companies like Apple to be used as an arm of law enforcement.”

The California Democrat is a Stanford University computer-science graduate, U.S. military veteran, and a former prosecutor.

Lieu argues that the FBI’s order relies on a “strained interpretation” of the All Writs Act, an 18th-century law written “nearly 90 years before the light bulb was invented.”

Using the court process and an antiquated law to coerce a private sector technology company is especially inappropriate in this situation because Congress has been actively debating the very issue of appropriateness of mandating “back doors” and other ways to weaken encryption. Numerous Congressional committees, including the Oversight Committee, have held hearings on privacy and encryption issues. Legislation has been introduced, or soon will be introduced, on those exact issues.

The congressman makes a constitutional case that the legislative branch has “the responsibility to represent the American people and strike the appropriate balance on the important issues facing our country.” It’s not up to private companies, police, or judges to make those decisions, Lieu argues.

Comey has not yet commented on the letter but has been vocal in media, including posting an open letter entitled “We Could Not Look the Survivors in the Eye if We Did Not Follow this Lead.”

Apple has until Friday to respond to the judge’s order, which the company has said it will oppose.