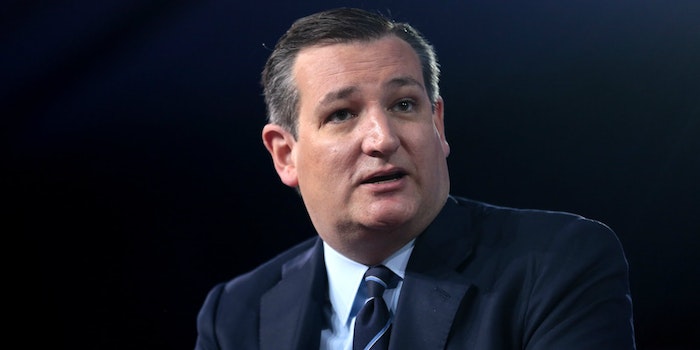 He doesn't get the irony.

In a move blanketed with irony, Sen. Ted Cruz (R-Texas) unleashed his beliefs about bodily autonomy on Twitter in response to a proposed Alabama law that would require men to get a vasectomy once they reach 50 or have three children.