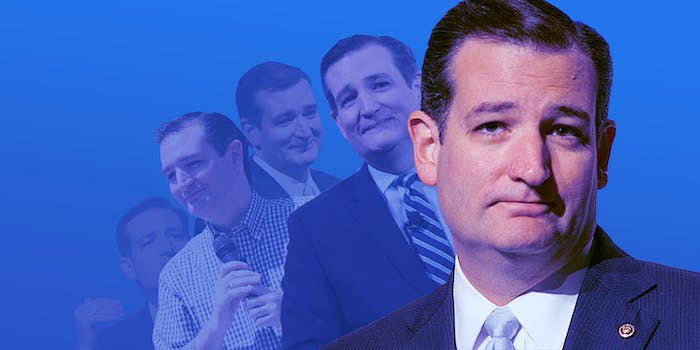 These Ted Cruz URLs are the ultimate 2016 troll

This is how you end up on Healthcare.gov.

These days, the first rule of launching a presidential campaign is “Register your domains.”

Sen. Ted Cruz (R-Texas) on Monday became the first politician to announce his 2016 candidacy, but his big moment was tarnished by a spate of good old-fashioned domain-name trolling.

It seems that Cruz’s team neglected to buy tedcruz.com, seemingly the most obvious URL for a Cruz presidential campaign.

If you visit tedcruz.com, you see a message that reads:

The WHOIS registry provides no information about the owner of the domain. As recently as March 2009, it was the property of a different Ted Cruz, a real estate agent in Phoenix, Ariz.

But that’s not the only domain name that is sure to give the 2016 hopeful a headache. In the cleverest bit of political domain-name trolling we’ve ever seen, TedCruzForAmerica.com redirects to a website that is antithetical to every fiber of Cruz’s conservative being: a little place called healthcare.gov.

A mysterious prankster bought the patriotic-sounding domain name on March 23, 2015.

Meanwhile, tedcruzforpresident.com and tedcruz2016.com were both registered on Nov. 9, 2012, a few days after Cruz won his Senate seat. Neither site features any active content.

So where has the Cruz 2016 operation set up shop? That would be tedcruz.org.

Cruz is about to raise hundreds of millions of dollars for his campaign. Perhaps he could deploy some of that money to tempt the owner of tedcruz.com to sell.