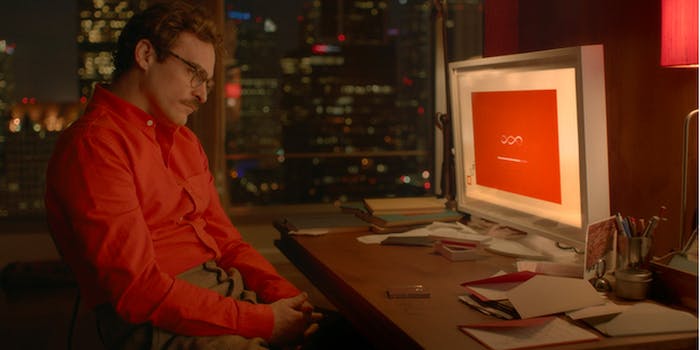 11 examples of technology that is designed to make you smile

Truly great design doesn’t just get a task done—it makes us feel better in the process.

Everyday we hail technological breakthroughs that are ‘mind blowing’, ‘revolutionary’, or ‘game changing’. And while it’s true we live in a time of incredible progress, innovation isn’t only about function.

How a piece of technology looks, feels, and influences human emotion can be just as important as how it works. Truly great design doesn’t just get a task done—it makes us feel better in the process.

Here are 11 examples of innovative technology that’s designed to put a smile on our face.

We all love blue, sunny skies, but on a hot August afternoon the most welcome sight can be a single, strategically placed cloud to shade our lunch. Eindhoven-based design studio Toer used the concept of a friendly cloud for its whimsical umbrella design. The Cumulus automatically inflates to two meters in diameter when it senses direct sunlight, bringing perfectly timed shade to any patio.

Designer Mike Mak has brought the 8-bit era into real life with his Big Big Pixel line of tablet cases. It’s hard not to feel nostalgic when you see someone carrying one of these email-inspired sleeves. 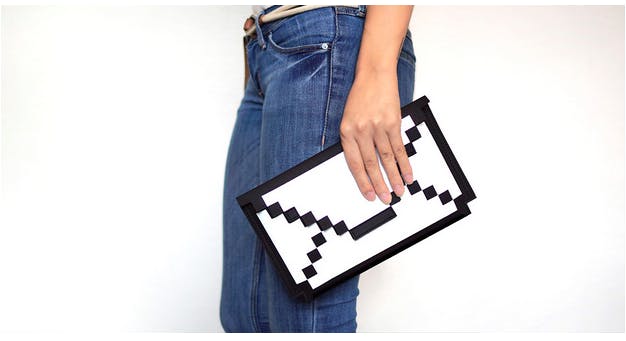 The team at Nest took on one of the most overlooked pieces of technology in our homes when designing its first product. Thanks to Nest, the thermostat has become a welcoming bit of design that encourages us to be more green. 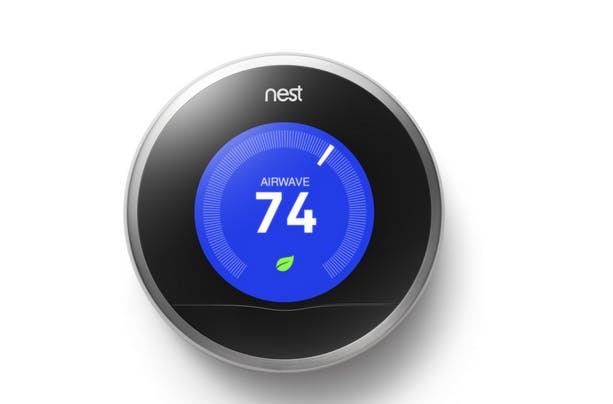 From the same team that developed the Ostrich Pillow for emergency naps, the Kangaroo Light is a flexible lamp that brings a needed glow to the inside of your purse, tote, or suitcase. If you’re looking to pick one up for yourself or a friend, act quickly; the company’s Kickstarter campaign has less than a month to go. 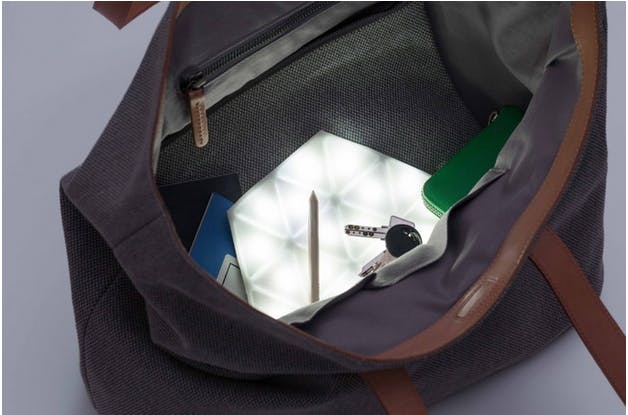 This new electric toothbrush from Swedish company FOREO not only features a whimsical design, it lasts up to 365 uses on a single, one-hour charge. 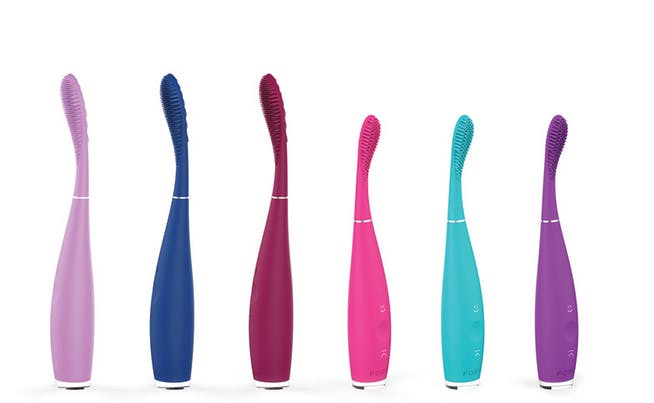 Italian design firm Parson developed the Animals line of surveillance cameras to bring needed safety to public spaces like schools, parks, and zoos while sparking the imagination in the process. 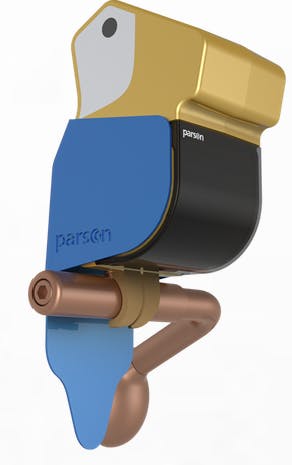 Our phones’ GPS and navigational sensors power some pretty amazing apps, but sometimes the solution is a bit more simple. Pizza Compass is a light-hearted app that gets you to a delicious slice of pizza in as few steps as possible. 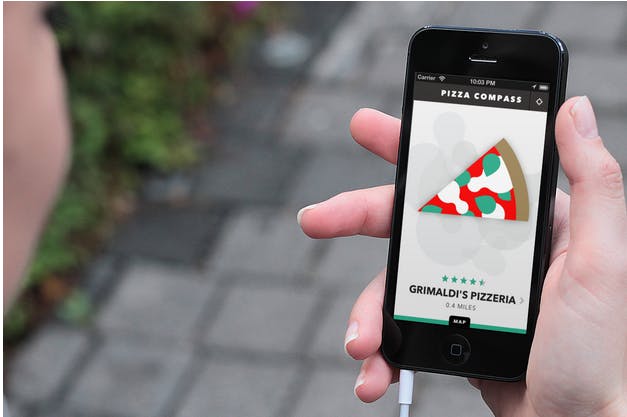 Our smartphones have made point-and-click digital cameras obsolete, but there’s still nothing like the sound and feel of a mechanical camera in your hands. The OTTO camera—recently funded on Kickstarter—looks and winds like an old film camera, but it connects wirelessly to your phone to deliver GIF-style video clips. 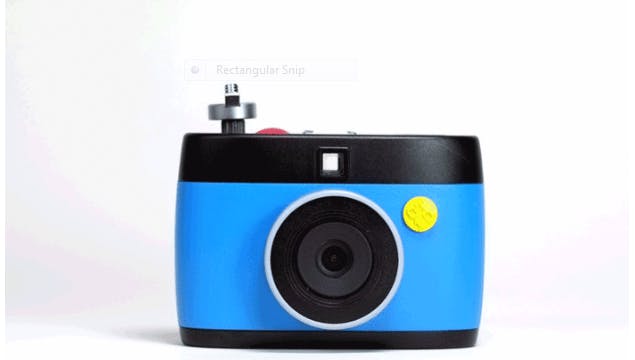 Photo via Next Thing Co./Kickstarter

Maybe to show how silly all bluetooth headsets really are, Italian design company hi-Fun developed the hi-Call, a glove that lets you make calls using your hand. “Pronto!” 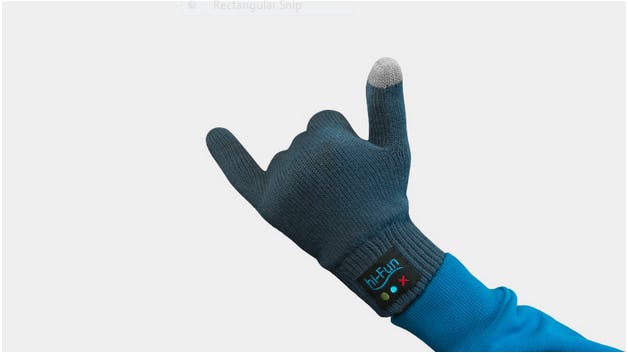 U.K.-based designer Bruno Zamborlin developed the Mogees sensors to allow you to play music using any physical object around you. And because Mogees connect to your mobile phone or tablet, you can make music wherever you go. 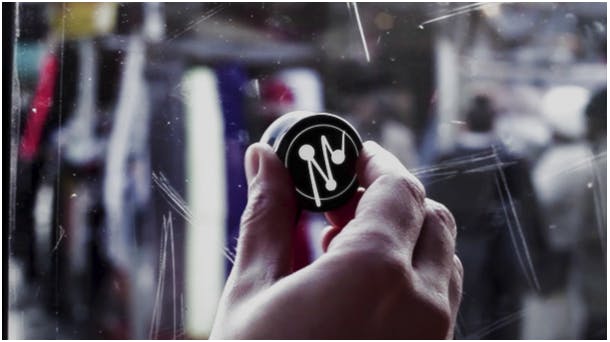 Although fictional (for now), the operating system in the movie Her touches viewers because it’s a glimpse at technology that’s designed to do more than just get us from point A to point B. It’s designed to make us smile and laugh, and even mimic deeper human emotions like empathy, generosity, and love. 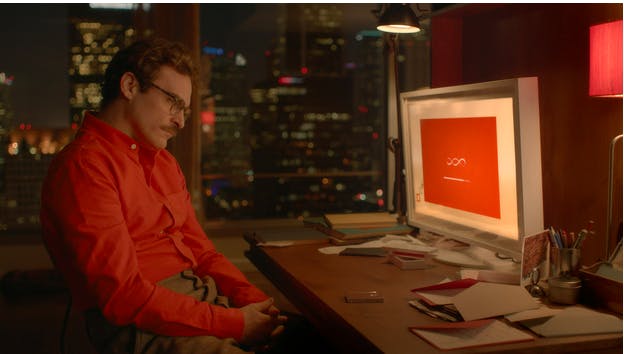 For more on design that is linked to human emotion, check out “Captivated by Her”, a design experiment inspired by Spike Jonze’s Her and made possible by Warner Bros. Entertainment, Motherboard, and Microsoft.

You can also buy Her now on the Xbox Video store.