Technology explains the disagreement over The Dress

Have you seen The Dress? If you’ve been online for more than five minutes, the answer is yes. Whether you’re in the white and gold or blue and black camp, frustration over why the world can’t see what you see and furthermore, why we all disagree so vehemently, rages on.

But the Internet is great at answering its own questions, and there are a variety of technical explanations at hand.

Asking Google to match the original dress photo with other photos produces a fairly convincing result. Virtually every photo that comes up as a match is that of a blue and black dress. With the exception of one yellow garment in there, the search engine’s algorithms are ready to label this thing (mostly) blue and black.

Photoshop also seems to have a pretty clear view of what color The Dress is, and it has also pitched its tent in the blue and black territory. This YouTube rundown provides a great look at the various color swatches that come from the photo, and various shades of blue and black are clearly dominant.

The low-quality photo of The Dress itself is definitely part of the problem, and that fact is illustrated perfectly by YouTuber DJ Monopoli in the video above. Color correction, exposure, and other factors impact the color of the fabric in the photo a lot more than you probably think, and it’s not hard to make a black and blue dress appear to be gold and white with just a couple presses of a touchscreen.

You versus your eyes

This short Vine is a fantastic example of how easily color can shift. Both a white and gold garment and a black and blue one are shown to start, and then both are revealed to be the same dress. The camera itself is the real culprit here, attempting to color correct and adjust for varying light conditions, and the result is exactly the kind of polarizing images that are fueling dress debaters. 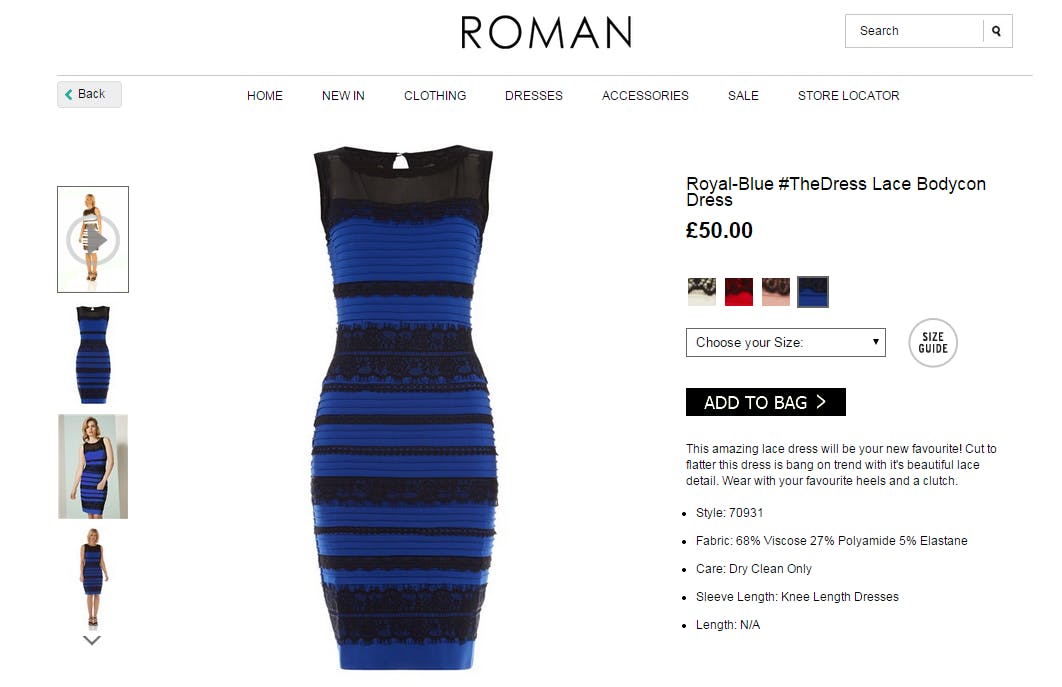 If none of those managed to convince you, all you really have to do is check out the actual dress itself. Spoiler: It’s blue and black.