The strangest campaign slogan in 2016—of all time?—is here.

But rest assured — I’m tanned, rested, and ready for this fight.

Jindal, an Indian-American who often talks about his parents’ immigration story in political speeches, is referring to his own brown skin with a joke about being “tanned.” 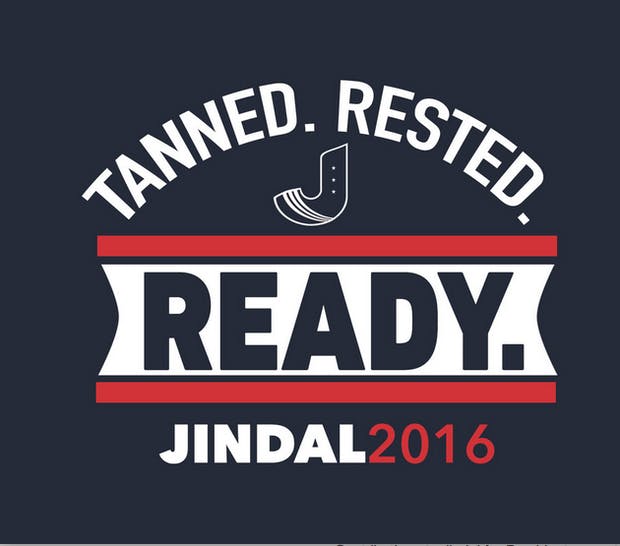 The slogan comes from Jindal’s anger at the way media reports on his race.

“The liberal media that developed this week was disgusting: Apparently Bobby isn’t brown enough for them,” Timmy Teepell, Jindal’s campaign manager, wrote in an email. “Well, this will make the left even more upset. We are now selling the first limited edition T-shirt of the campaign, and I want you to know about it.”

Last week, Jindal announced his candidacy with a hidden camera video showing the governor telling his family about the impending race.

He’s the thirteenth Republican to jump into the 2016 presidential race.