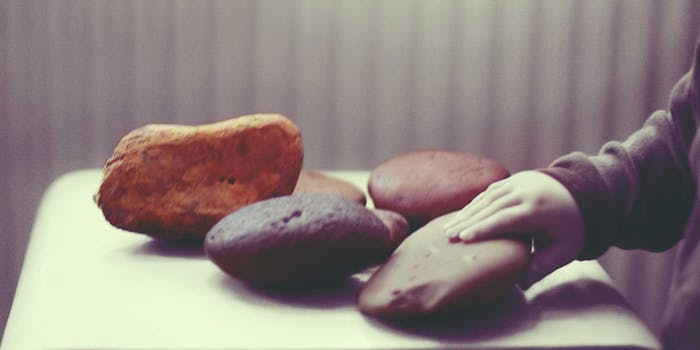 Fatoum Al-Jassem, a young woman living in Syria, was hardly unusual in wanting to open a Facebook account—many young people do. With extremist factions in control there, however, that sociability proved fatal: She was brought before a Sharia court in the northern city of Ar Raqqah and sentenced to death by stoning, according to a report from the Arabic website Rai al-Youm. Her execution followed soon after.

Naturally, Sharia law doesn’t offer many provisions when it comes to the Internet, so the court had to get creative. The prevailing argument, quickly accepted, was that Al-Jassem’s activity on the website ought to be construed as a form of “Zina” or immoral behavior equivalent to adultery—a crime for which the penalty, among Islamist hardliners, is a gruesome, painful end at the hands of a frenzied, bloodthirsty mob.

ISIS, or Islamic State of Iraq and the Levant, is the radical jihadist Sunni group responsible for the pretense of justice in the killing. Formed during the Iraq war, they pledged loyalty to al-Qaeda in 2004 and have been waging war against Syrian President Bashar al-Assad as well as government forces in Iraq, all while finding religious excuses to murder civilians who do not fit into their vision of a pure caliphate connecting the two countries.

Even al-Qaeda has renounced ISIS at this point, as their pitiless ideology has undermined efforts to establish a united front among Syrian rebels. The stoning of a blameless girl like Fatoum Al-Jassem represents exactly the myopic decision-making that will further alienate mainstream elements in the region. She shouldn’t have died, but her name may become a rallying cry among people resisting the brutality of those who consider themselves holy.