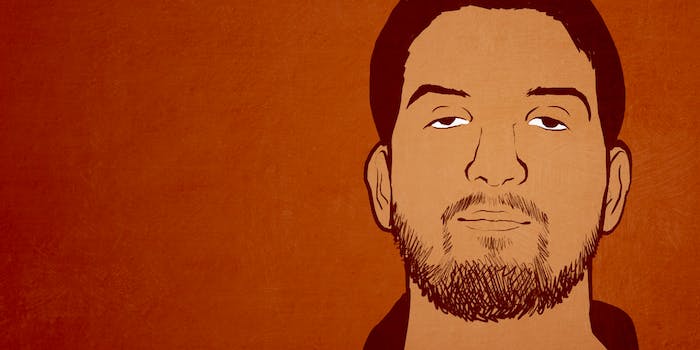 Federal prosecutors are suing to stop the family of San Bernardino shooter Syed Rizwan Farook from collecting the proceeds of his two life insurance policies, totalling $275,000.

In a complaint filed Tuesday, the U.S. government argues that the shooter’s family is not entitled to the payments because his death is linked to a terrorist act. Federal law dictates that assets derived from terrorism are subject to forfeiture.

“Terrorists must not be permitted to provide for their designated beneficiaries through their crimes,” U.S. Attorney Eileen Decker said in a statement. “My office intends to explore every legal option available to us to ensure these funds are made available to the victims of this horrific crime. We will continue to use every tool available to seek justice on behalf of the victims of the San Bernardino terrorist attacks.”

This is one of the first cases of its kind, especially among Islamic State-related attacks, according to Seamus Hughes, Deputy Director of the Program on Extremism at George Washington University’s Center for Cyber & Homeland Security, who spoke to the Daily Dot by phone. “It raises a whole list of policy and moral questions,” he says. “It’s kind of a unique bird.”

Farook, 28, and his wife Tashfeen Malik, 27, went on a shooting rampage at a company holiday party last December, killing 14 and injuring 22 others. Four hours later, the couple was killed in a shootout with police. They left behind a child who is now 1 year old.

In the years prior to the deadly attack, Farook took out two life insurance policies through his job; one in 2012 for $25,000 and another in 2013 for $250,000. His mother is the primary beneficiary of both policies.

“If there is evidence that the life insurance policies were taken out in anticipation of committing a crime, that would be relevant to the prosecutor’s decision,” Michael German, a fellow at the Brennan Center for Justice at NYU Law School, tells the Daily Dot in a phone conversation.

While there are currently more unknown details than known, those policies were taken out prior to his child’s birth but after Farook began floating his radical belief system and plotting attacks with his friend Enrique Marquez Jr.

The considerations are complicated: Authorities don’t want to create a mechanism for others to receive something of value after a crime is committed, says German, but they also don’t want to punish beneficiaries who may be entirely blameless and possibly left destitute as a result.

Hughes does not believe seizing the funds will act as a deterrent for people thinking of committing terrorist acts, but he says that whether blocking Farook’s family from receiving the money is the right thing to do is an entirely separate and knotty question.

“The child is innocent, clearly,” says Hughes, “but the mother and father did a despicable, horrible act, which resulted in 14 other people with children and families not going home that day.”

“[W]here there are victims of the criminal activity, they have a right to restitution,” German adds. “And if there are funds that would be available in a civil suit, this process might simply be a less burdensome way of getting that compensation.”