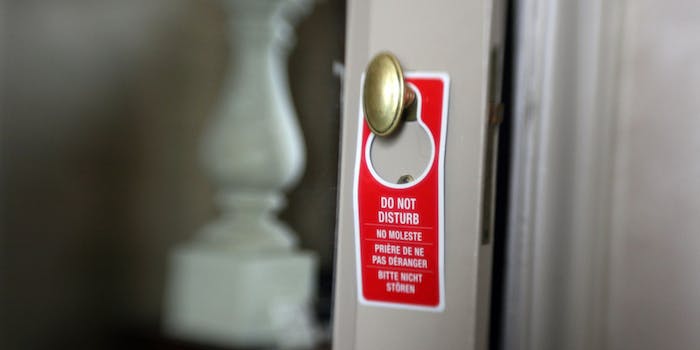 SXSWhatever: Why some companies are sitting out

South by Southwest is considered a mecca for startups, but not every young tech company wants in.

South by Southwest is in full swing, and many startups are pouring resources into making an impact on the crowds. Austin’s frenetic festival gained a reputation as a kingmaker around 2007, when SXSW helped Twitter jump from a confusing app with a stupid name to a must-have communication service. Even though the last few years haven’t produced a star in the same way, the festival remains a huge draw for startups and young companies trying to build a reputation, gain users, and find financial backing.

But some apps and services are skipping the chaos of SXSW, including former festival darling Foursquare, which was considered the breakout hit in 2009. Foursquare hasn’t lived up to its potential, and is an example of how SXSW can serve as a launching pad for some, but a false promise for others (for example, social app Highlight was one of the darlings of SXSW 2012, but it failed to find a wider audience despite the festival hype).

Highlight is still appearing at SXSW this year, but for Foursquare, the appeal is gone. “We’re not going down this year,” Foursquare spokesperson Brendan P. Lewis told AdWeek. “We are sending some sales people. But we are not doing the big presence or big party. We plan on releasing some pretty cool stuff in the springtime. So rather than send a bunch of people down and the enormous task around it, everyone’s going to be here [developing] the future.”

“We’re not holding any events or planning to have any kind of large presence at SXSW this year,” John Pignata, engineering director at mobile app GroupMe, told Adweek. “We just have other things going on and don’t have the bandwidth to do it this year.”

The defection of two former SXSW sweethearts illustrates that, while the festival is still certainly a good place to gain exposure, its overwhelming size and hype machine don’t necessarily create the most rewarding environment for every app and service. And fledgling companies are taking note; app creator Adam Ludwin told the New York Times that he was no longer interested in debuting his upcoming app Ether at the festival after observing the scene from a taco truck last year.