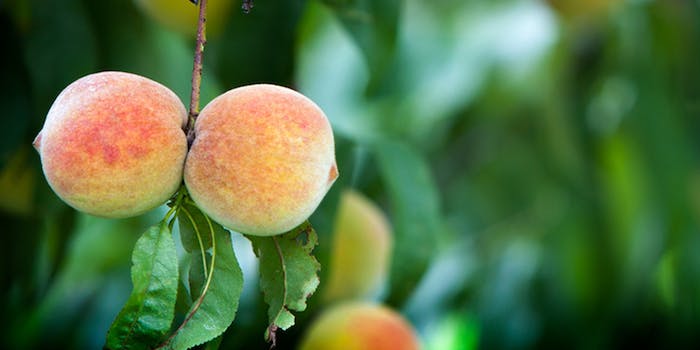 These 2 tech bros want to make vaginas smell like peaches

Startup hacks want to change the DNA, and smell, of vaginas.

Two tech dudes actually pitched an idea for women to biohack their private parts in order to make their vaginas smell like peaches at the DEMO conference in San Jose, Calif. on Wednesday.

Sweet Peach will be funded on the crowdfunding platform Tilt because Kickstarter banned the project for being too controversial.

The laser-printed DNA sequences first developed by Heinz’s company are based on the idea that DNA is simply code, and the four letters that make up our bodies—adenine (A), cytosine (C), thymine (T), and guanine (G) —can potentially be programmed and printed to synthesize and sequence those base pairs to create products that counteract things like natural odors. Sweet Peach is a product of hacking that biology, and it’s meant to react to microorganisms in the body that can cause health issues like yeast infections, and, apparently, scent.

But these guys don’t necessarily care about women’s health. Oh no, it’s all about smelling good, and “connecting to yourself in a better way.”

“The idea is personal empowerment,” Heinz told Inc. “All your smells are not human. They’re produced by the creatures that live on you.”

However, humans find those biological smells attractive. Studies show that a woman’s natural scent is actually more attractive to the opposite sex than perfume, or peaches.

The founders behind Sweet Peach wanted to use vaginas as a testing ground for their product, because periods only come once a month, as opposed to other parts of the body constantly bombarded by tiny, natural creatures.

“It’s a better idea than trying to hack the gut microbiome because it’s less complicated and more stable,” Gome told Inc. “It only has one interference per month.”

Oh, well by all means! If there’s only one interference, then sure why not, let’s try and hack it.

Heinz and Gome aren’t the only people working to manipulate our body’s organisms into keeping us fresh and clean. AOBiome is creating a body tonic that uses bacteria already found on our bodies—by spritzing the chilled mist all over your epidermis, you can avoid showering. And the National Institute of Health is also working on the Human Microbiome Project to study correlations between the microbiome and human health.

Though there aren’t any other teams out there working diligently and earnestly on disrupting women’s private parts and fighting the good fight, trying to make feminine odor smell more like a fruit basket. These smells “aren’t human,” afterall.

It’s worth noting how uncomfortable women in the audience must have felt as two men described this completely outrageous pitch. Considering how awful and sexist tech conferences can be, women being told that they smell bad in their most intimate area, sinks to a new low.

I can only imagine their pitch went a little something like this.

Photo by Walt Stoneburner/Flickr (CC BY 2.0)