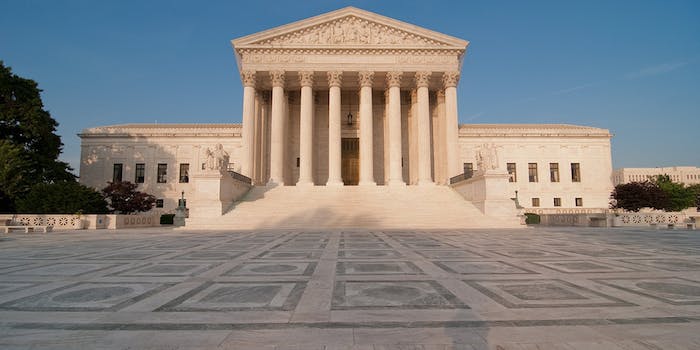 How private is your cellphone? The Supreme Court will soon decide.

The U.S. Supreme Court is considering two separate cases Tuesday that will determine whether police have the authority to search the contents of cellphones they’ve taken from people under arrest.

The two cases are not consolidated and will be heard in back-to-back, hour-long hearings. The first, a state case (Riley v. California), involves a smartphone; the second, a federal case (United States v. Wurie), involves a flip-phone. Both cases involve “searches incident to arrests,” an exception to the general Fourth Amendment rule that searches require a warrant or probable cause.

Though divided on this matter in the past, the Court has protected warrantless searches incident to arrest, justifying that they are necessary for the safety of officers and to prevent the destruction of evidence. The question is whether this privilege is extended to cellphones in general and smart phones in particular.

The contents of a smartphone, the state argued in a brief submitted to the Court on the Riley v. California case, are no different from “wallets, address books, personal papers, or other items that have long been subject to examination by police if carried on the person of an individual who is validly arrested.”

Elizabeth Wydra, counsel for the Constitutional Accountability Center, disputes this claim. “Private information used to be kept at home on paper, including your photos,” she told the Los Angeles Times. “Now they’re in your pocket on a phone. With a smartphone, you can literally look into a person’s home.” Wydra, for example, uses a video app to keep an eye on her dogs.

At SCOTUSblog, Lyle Denniston speculates that, because the two cases are being considered separately and involve two different kinds of technology (one increasingly obsolete) the court might be inclined to decide these cases narrowly—that is, avoiding setting categorical precendents. “It could be that the Court would be more inclined to permit a search of a flip-phone than of a smartphone,” Denniston writes. He continues:

In terms of the technology, the Court will find itself confronted with diametrically opposite arguments about the nature of the new devices:  their capacity to be great electronic albums of vast amounts of private and sensitive information, and their capacity to be troves of information revealing criminal plots and actual evidence of violence as well as of data that is a rich lode of leaks to other evidence.

Civil libertarians on both the right and the left anxious about the confluence of arrest rates—13.1 million made in 2010—and the ubiquity of mobile technology carrying massive amounts of personal information will look to Justice Antonin Scalia, who in recent years “has insisted on forbidding the kinds of ‘unreasonable searches’ that he says would have troubled the framers of the Constitution,” reports the Los Angeles Times.

Police and prosecutors want the power to look through the contents of any phone they acquire in the course of an arrest, but most people who are arrested are never convicted of a crime. What’s more, the vast majority of arrests are for alleged misdemeanors. “You’re only going to be in this position,” law enforcement advocate John Bursch told NPR, “if you’re arrested for a crime.” This is basically a variation on the idea that if you don’t have anything to hide, you’ve got nothing to worry about.

“Of course,” George Washington University professor Orin Kerr, an expert on technology and the law muses, “whether you accept that or not hinges on whether you trust the government to actually only conduct the search when it would be appropriate.”

Update: The Boston Globe reports that the Supreme Court is “wary” of allowing police unfettered access to the cellphones of people they arrest. But they still may allow warrantless searches in some instances:

The justices suggested they might favor limiting warrantless cellphone searches to looking for evidence of the crime on which an arrest is based. Both defendants could lose in such an outcome.