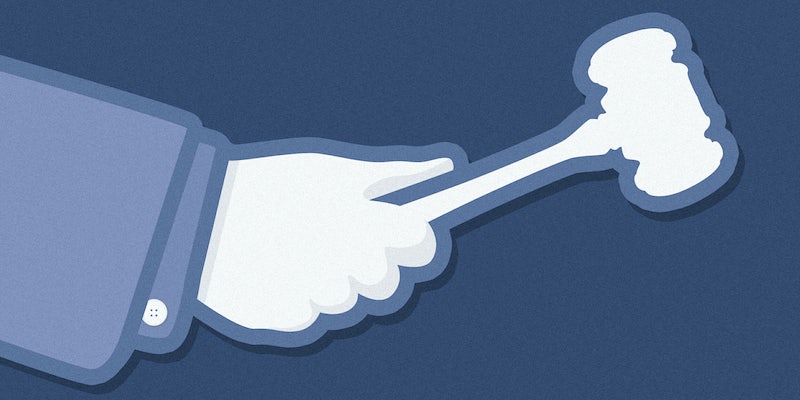 The decision was 8 to 0, with newly appointed Justice Neil Gorsuch not taking part.

The Supreme Court ruled unanimously on Monday that a North Carolina law barring convicted sex offenders from using social media was unconstitutional—effectively declaring that having access to social media is protected by the Constitution.

The nation’s highest court ruled 8 to 0 in Packingham v. North Carolina, a case that argued the validity of a law that made it a felony for registered sex offenders to access social media websites such as Facebook and Twitter if they may encounter minors.

The decision, although potentially controversial due to the underlying case, bolsters the role of social media as crucial platforms for constitutionally protected speech in America.

“A fundamental principle of the First Amendment is that all persons have access to places where they can speak and listen, and then, after reflection, speak and listen once more,” Justice Anthony Kennedy wrote in the court’s decision. “Even in the modern era, these places are still essential venues for public gatherings to celebrate some views, to protest others, or simply to learn and inquire.”

The case involved Lester Packingham, a registered sex offender who posted about his time in traffic court and was subsequently convicted of breaking North Carolina’s law in 2010.

Newly appointed Justice Neil Gorsuch did not take part in the court’s decision.

The First Amendment was the basic foundation of the court’s decision.

By prohibiting sex offenders from using those websites, North Carolina with one broad stroke bars access to what for many are the principal sources for knowing current events, checking ads for employment, speaking and listening in the modern public square, and otherwise exploring the vast realms of human thought and knowledge,” Kennedy wrote in the Supreme Court’s decision.

Many technology advocacy groups, including the Electronic Frontier Foundation (EFF), fought against North Carolina’s law, believing that it was unconstitutional.

“Social media are one of the most important communication channels ever created,” EFF wrote at the time. “People banned from social media are greatly handicapped in their ability to participate in the political, religious, and economic life of our nation.”