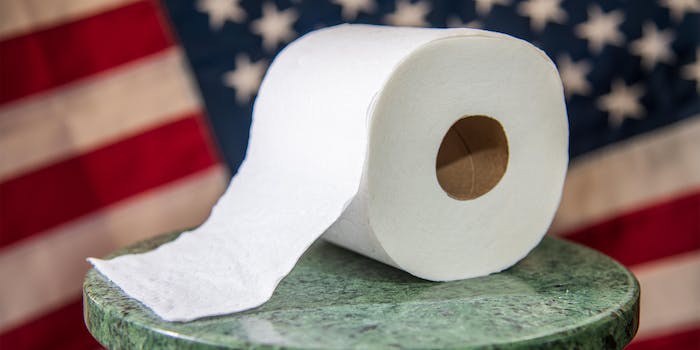 Someone flushed a toilet during the Supreme Court live stream

The internet asks: Who did it?

For the first time ever, the United States Supreme Court is allowing anyone to listen to hearings as it teleworks due to the coronavirus pandemic.

Because it was never open to the general public—save for a few people willing to wait online to catch the hearings—oral arguments at the Court developed an air of mystique. But it turns out, they are no different than the Zoom company-wide meetings you are having now, where you sneak away to take a poop.

Behold, there was a toilet flush during today’s hearing.

Of course, it could have been anyone. There are a number of attorneys on the calls from interested parties, as well as clerks. The odds it was one of the nine justices taking their laptop onto the toilet are low.

Except that many of these would likely be on mute, whereas the nine justices would not be, as they are allowed to interject at any moment.

The possibilities of who flushed captivated sleuths on Twitter.

Because this case involved the Federal Communications Commission (FCC)—specifically the case it was hearing centered on robocalls—even Commissioner Ajit Pai commented.

We will see if the justices agree that robocalls are crap.