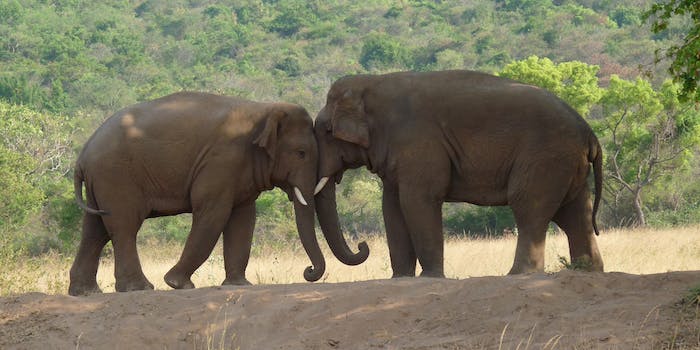 The times they are a-changin'.

On Friday, the U.S. Supreme Court handed down a historic decision legalizing same-sex marriage in all 50 states. The news was met with cheers from the LGBT community and its straight allies, along with angry derision from opponents of gay rights. The divided reaction was to be expected,  asthe debate over same sex marriage in the America has long been a contentious one.

However, as the results of a survey released earlier this year shows, that’s likely not to be the case in the coming decades.

Opposition to gay marriage is correlated with a number of other demographic factors, from age to race to religion. One of the strongest predictors of where someone stands on the issue is political affiliation. A recent Pew poll found only 30 percent of people who self-identify as conservatives support same sex marriage.

Yet, within the conservative movement, a major shift is brewing.

Every year, UCLA’s Higher Education Research Institute conducts a survey of college freshmen. In the fall of 2014, the researchers who compiled the most recent report queried over 150,000 freshman at 227 four-year colleges and universities. The wide-ranging survey asked about everything from emotional health and religious affiliation to partying and drug use.

When researchers asked students about their opinion on whether or not same sex couples “should have the right to legal marital status,” 81.5 percent answered in the affirmative—a 6.5 percent jump from when the same question was asked in 2012.

It’s not a surprise young people are comparatively more accepting of same sex relationships than older generations, but even a majority of college freshman who label themselves as conservative back same sex unions. The survey found that 56.6 percent of conservative freshman support same sex marriage. Even for students who identified their political views as “far right,” 44.3 percent were in favor.

“It is clear that same sex marriage is no longer an issue for the vast majority of entering college freshmen,” the study’s authors wrote, a statement that’s increasingly true for even for conservatives.

As a new generation rises up to fill the conservative movement, politics will undoubtedly change as opposition to gay marriage will likely fade away as one of the party’s tentpole issues.