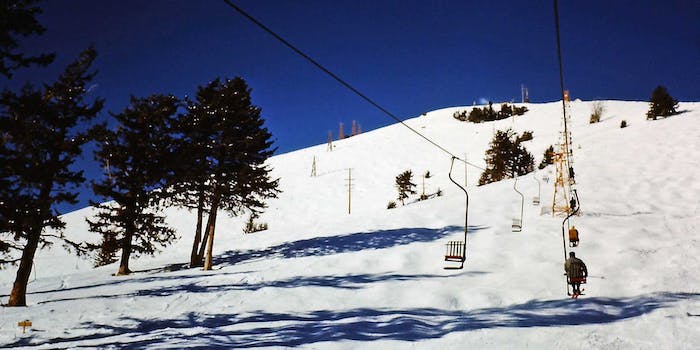 An Idaho man is so pissed at Twitter for giving his handle to a resort, he's taking them both to court.

An Idaho man is so pissed at Twitter for giving his handle to a resort, he’s taking them both to court.

It started in 2011, when Leonard Barshack, of Ketchum, Idaho, registered @SunValley. It was a nod to the nearby resort town, and doubled as “a nickname my friends have used for me for years,” he later claimed in a letter to Twitter. Barshack’s tweets were those of a fan of the local area, posting “Power day!! First tracks or stay home!” and “Overcast today, but tomorrow should be epic! Beat the tourists, ski tomorrow!”

Closing weekend with crystal skies, live music, and good times… Who could ask for more ?

But the big game in town had the same name—Sun Valley Resort—and by 2012, it wanted that handle too.

Sun Valley Resort asked Barshack nicely for that name in October, according to court documents. Barshack refused, but that didn’t matter. The resort had lodged a formal complaint with Twitter, noting that Barshack’s avatar included a sun, which was also a key component of the official resort logo.

Twitter then informed Barshack that “we have received a valid report and determined that your account, @sunvalley, is engaged in a non-parody impersonation.” As consolation, they kept his account intact and changed his handle to the slightly less sexy @sunvalley_.

This is hardly the first time that Twitter has taken a company’s word over a that of individual users. When comedy group the Good Liars launched a campaign that parodied Time Warner Cable’s poor customer service, Twitter systematically shut down account after account, nodding that it was at Time Warner’s request. Parody accounts are kosher per Twitter’s terms of service, but only if they’re marked as such, as the Good Liars’ accounts were.

“They just came and took my ball away,” Barshack told the AP. “That’s being a bully.”

On one of the several Twitter accounts Barshack has created in the wake of the conflict, he indicated he wasn’t terribly confident in his suit succeeding, but rather filed the suit as a protest.