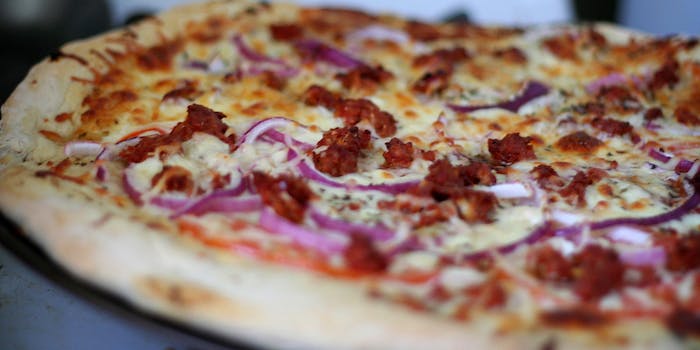 Police save man from suicide with a pizza-delivering robot

Sometimes pizza really can save a life.

Sometimes pizza really can save a life.

That’s what California cops discovered when they talked a man off a freeway overpass in San Jose last week. After hours of waiting for the knife-wielding man who threatened suicide to turn himself over to police, they sent in a robot holding a pizza and a phone in order to convince the man not to jump.

As the San Jose Police Department described to IEEE Spectrum, giving people food is a way for cops to get people to do something they want them to. Obviously pizza was a natural choice because who can resist such delicious, cheesy goodness.

Negotiators attempted to talk to him via a remote PA system, but that is not the optimal way of talking to him, so the decision was made to deliver a phone to him. The safest way to do that and not cause confrontation was to use a robot.

They sent the pizza in with a bomb disposal robot, the Northrup Grumman Remotec Andros F6A. The robot carried a pizza and a phone connected to the police department. In order for the man to get the pizza, he had to pick up the phone. 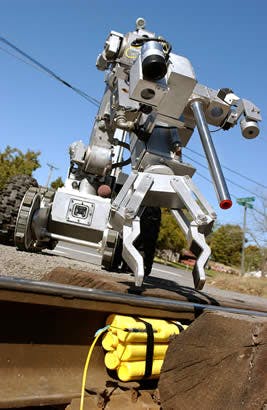 Thanks to cameras and audio on the robot, police could get a better handle on the subject and see what weapons he might be carrying.

Luckily the standoff ended safely when the man turned himself over to police after the robot confirmed he had dropped the knife. Unfortunately police didn’t tell the publication where or what kind of pizza they delivered so people interested in tasting the life-saving pie are out of luck.