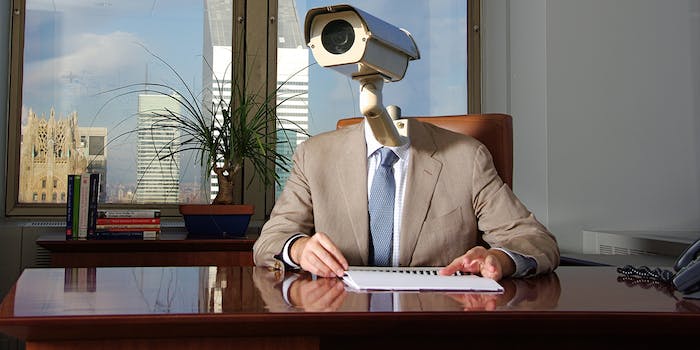 The rally will coincide with the 12th anniversary of the Patriot Act.

Twice this summer, activists got so angry that the government can and does track much of their technological activity, they came out and protested in their nearest city.

But this third time, on the anniversary of the notorious Patriot Act, is going to be different. They’re all going to march on Washington.

The protesters are united under Stop Watching Us, a coalition of privacy activists forged in the wake of Edward Snowden‘s first revelation about the National Security Agency.

Stop Watching Us has largely focused its activist efforts on the NSA‘s practice of tracking Americans’ data, particularly the call records of essentially every phone call made in the U.S. To date, they’ve gotten well over half a million people to sign a petition demanding Congress end that program. Two previous protests brought plenty of real people out of their homes, and both times with clever tie-ins. First, they came out on July 4th for Restore the Fourth—also a nod to the Fourth Amendment, which protects privacy—and again on August 8th, declaring “1984 Day.”

“We spent July and August focusing on making sure Members of Congress heard loud and clear from their constituents in their home districts,” Charlie Furman, a representative for Stop Watching Us, told the Daily Dot. “Now it’s time for us to bring their constituents to where they work as well to make sure they know this isn’t a passing issue.”

It’s no coincidence that Stop Watching Us is hosting the rally on October 26th, exactly a dozen years after the Patriot Act passed. Other leaked Snowden documents have shown that the NSA started bulk metadata collection in the immediate aftermath of 9/11, and the agency was given the opportunity to make that practice legal indefinitely through the Patriot Act.