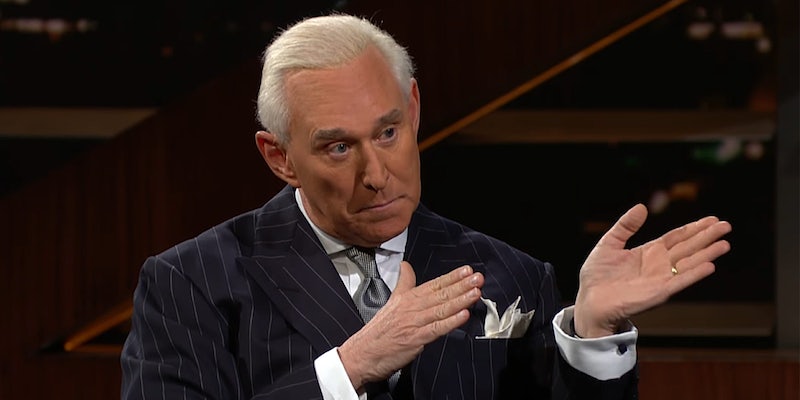 The order was made on Tuesday.

Roger Stone will have to appear in court after he posted a photo on his Instagram account that had a photo of Judge Amy Berman Jackson, the judge in his case, next to what appeared to be a small crosshairs.

According to numerous reports, Jackson issued an order on Tuesday that requires Stone to appear before the court on Thursday to explain “as to why the media contact order entered in this case… and or the conditions of his release… should not be modified” in the wake of his Instagram post.

Stone, who was recently charged as part of Special Counsel Robert Mueller’s probe, posted an image of Jackson on his Instagram account on Monday, claiming that Mueller used “legal trickery” to have his case come before Jackson.

The photo had appeared to have a small crosshairs in the top left corner.

JUST IN: Judge Amy Berman Jackson orders Roger Stone to explain why the gag order AND/OR his conditions of release shouldn't be changed after yesterday's Instagram post. pic.twitter.com/LSzwoaxmg5

Stone told the New York Daily News that he didn’t notice the crosshairs in the photo and said it was a “photo of the judge off the internet.” It was deleted shortly after it was posted on Monday.

As Law & Crime points out, Stone’s attorneys also filed an apology with the court about the image.

He also posted a new Instagram image where he said “any inference that this was meant to somehow threaten the judge or disrespect court is categorically false.” He also said the crosshairs were the logo of the website where he got the image from.