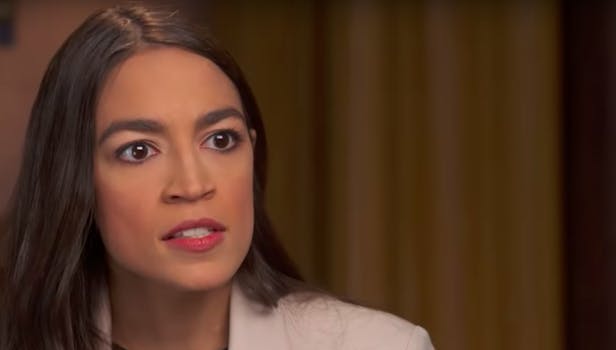 After Rep. Alexandria Ocasio-Cortez (D-N.Y) introduced a marginal tax rate of 70 percent on the nation’s wealthiest citizens fought back. Rep. Steve Scalise (R-La.) shot back at Ocasio-Cortez, and things got ugly.

Scalise responded to Ocasio-Cortez’s recent appearance on 60 Minutes, on which she proposed the increased tax rate to help fund her proposed Green New Deal.

“Once you get to, like, the tippy tops—on your 10 millionth dollar—sometimes you see tax rates as high as 60 or 70 percent. That doesn’t mean all $10 million are taxed at an extremely high rate, but it means that as you climb up this ladder you should be contributing more,” Ocasio-Cortez told anchor Anderson Cooper.

On Jan. 5, Scalise tweeted a link criticizing the interview with the caption, “Republicans: Let Americans keep more of their own hard-earned money Democrats: Take away 70% of your income and give it to leftist fantasy programs.”

Republicans: Let Americans keep more of their own hard-earned money
Democrats: Take away 70% of your income and give it to leftist fantasy programs https://t.co/NxJPSCqvrt

Ocasio-Cortez shot back, saying, “You’re the GOP Minority Whip. How do you not know how marginal tax rates work?”

Many of her followers responded with sassy and supportive messages.

This woman has become my favorite politician in very short order.

Oh he knows how it works, he is counting on the voters not knowing

But Scalise pulled out some not-so-lighthearted responses from Ocasio-Cortez’s followers.

“Hi @AOC,” Scalise tweeted. “Happy to continue this debate on the Floor of the People’s House, but it’s clearly not productive to engage here with some of your radical followers. #StayClassy.”

Hi @AOC. Happy to continue this debate on the Floor of the People’s House, but it’s clearly not productive to engage here with some of your radical followers. #StayClassy pic.twitter.com/lZCO3oiLUZ

Some of the responses refer to a shooting injury Scalise sustained in 2017 when a lone gunman apparently upset about President Donald Trump’s election shot Scalise.

Scalise has undergone multiple surgeries for his injuries and walks with a cane.

Ocasio-Cortez’s tax proposal suggests taxing income above $10 million at 70 percent. Respected economists have suggested a similar tax rate and other European countries have comparable wealth or income tax rates, according to the Washington Post.  Previous administrations have also had high marginal tax rates; in the 1950s, the marginal tax rate on income over $200,000 was consistently above 90 percent.