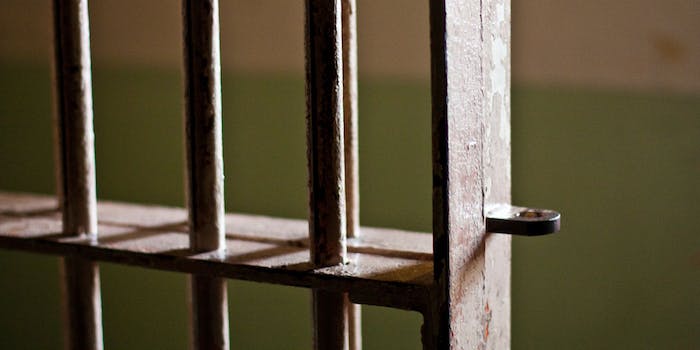 12 states can still arrest gay people for having sex

The Supreme Court’s landmark ruling last Friday that same-sex marriage is a constitutional right was a historic moment representing an unprecedented expansion of LGBT rights. But the decision also highlighted a darkly ironic contradiction between federal and state laws: There are now 12 states where it is legal for gay couples to marry but still technically illegal for them to have sex.

As this map from Silk illustrates, there are still anti-sodomy laws on the books in Idaho, Utah, Kansas, Oklahoma, Texas, Louisiana, Mississippi, Alabama, Florida, South Carolina, and North Carolina.

U.S. anti-sodomy laws predate even the the formation of the United States. The colony of Pennsylvania banned sodomy in 1683. By 1960, every state in the country had laws in place banning gay sexual activity. But in the ensuing decades, most of those bans began to fall.

Illinois repealed its sodomy law in 1961. Idaho and Connecticut followed suit a few years later. The most dramatic repeal came in California in 1975, when California State Senate Majority Leader George Moscone literally locked the doors to the legislature, preventing lawmakers from leaving the building, until the state’s Lieutenant Governor could be flown in from Colorado to break a tied vote.

Moscone, who later went on to become the mayor of San Francisco, was gunned down in a shooting spree that also killed gay-rights icon Harvey Milk.

By 2003, when the Supreme Court declared state sodomy bans unconstitutional in the case of Lawrence v. Texas, 14 states still had those laws. In the 12 years since then, two of those states—Montana and Virginia—have repealed their laws. The rest have done nothing.

Meanwhile, the Court’s ruling Lawrence didn’t completely eradicate the application of the anti-sodomy laws that it declared unconstitutional.

Sheriff’s deputies in East Baton Rouge, Louisiana, were arresting gay men under the state’s anti-sodomy law as recently as 2013. Law-enforcement officials apologized after a public outcry, but a subsequent attempt to remove the state’s law from the books proved unsuccessful.

Louisiana state Rep. Patricia Smith introduced a bill in 2014 that would have repealed the law, but the state House of Representatives voted 27-67 in favor of keeping it.

Even though the Lawrence ruling means that people arrested for violating state anti-sodomy laws aren’t being convicted, the simple fact of their being arrested for legal, consensual sexual activity is extremely problematic.

“Even in states where sodomy laws are understood by judges to be unconstitutional, the presence of sodomy laws can cause gays and lesbians to be dragged into humiliating, costly, and discriminatory legal disputes,” wrote Equality Matters’s Carlos Maza.

“Sodomy laws exist to brand gay men and lesbians as criminals. Social ordering necessitates the criminalization of sodomy, thereby creating a hierarchy that values heterosexuality over, and often to the exclusion of, homosexuality,” wrote Christopher Leslie in the Harvard Civil Rights-Civil Liberties Law Review. “This symbolic effect of sodomy laws is not dependent on their enforcement. Even though very few men and virtually no women ever suffer the full range of criminal sanctions permitted under state sodomy laws, these statutes impose ‘the stigma of criminality upon same-sex eroticism.'”

Photo via Neil Conway/Flickr (CC BY 2.0)