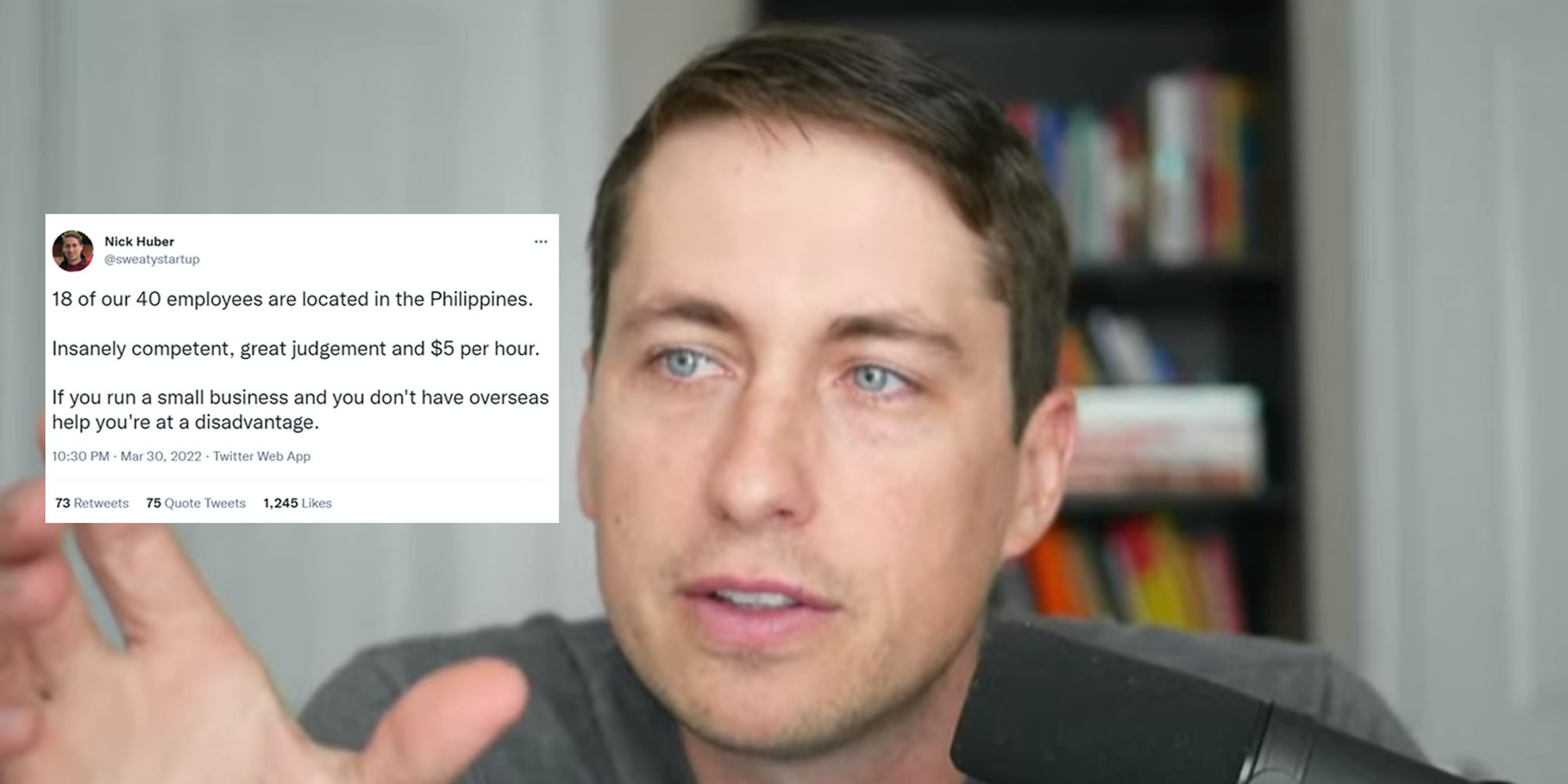 Twitter users accuse a startup evangelist of being too proud about shipping jobs overseas.

Twitter users are mad at a startup creator for boasting about his use of cheap labor in a viral tweet, highlighting the issues over fair wages in foreign countries.

Nick Huber, a content creator on Twitter and YouTube who talks startups and real estate, posted in a tweet that 18 of his 40 employees are in the Philippines and that he pays them $5 an hour.

Videos of Huber’s on YouTube include titles like “How to start a cleaning company,” “How to start an online tutoring business,” “How to make $112k a year building fences,” and “Copycats win- how to build a frankenbusiness by taking things you like from competitors.”

It’s unclear what Huber needs 40 employees for, or what they do, although he elaborated a little bit, implying that they might do customer service calls for whatever his businesses are.

“Several are surprising us and doing much more than we thought (like customers needing help with directions to their individual storage units) and problem-solving very well,” he said in a reply about his underpaid, yet overachieving workers.

Some users were quick to shoot down Huber’s tweet with ethical concerns.

“So you set up a sweat shop and underpay the employees and you are cheerfully advertising it to others. There is a name for people like you,” one user said in a quote tweet.

Huber was quick to go on the defensive. He posted screenshots of the negative replies and pointed out the hypocrisy of users calling him out for using overseas labor while posting angry responses on their iPhones.

Other users came to Huber’s defense, saying that $5 per hour in the Philippines was a lot of money.

“I’m not certain but depending on areas, $5/hr in Manila is like paying £25/hr in London,” one user wrote. “Is it still slave labour? I also like to stim my local economy but maybe I don’t survive as a business without Filipinos. Why does uk/us deserve all the jobs?”

The Daily Dot has reached out to Huber via DM for comment.