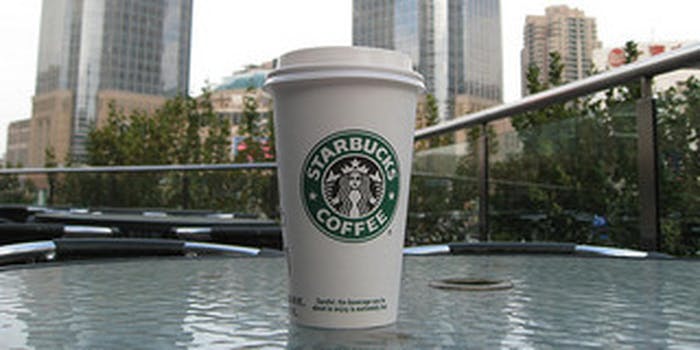 Here’s what you need to know about Starbucks’ security failure

The coffee giant is the latest corporation to mess up your private data.

If you’re looking for a snack-filled, wide-open space to sit and surf the Web, or if you just need a bathroom, Starbucks is a haven. It has comfy chairs, stimulating beverages, and free Wi-Fi. What more do you need?

Starbucks executives confirmed this week that they store unencrypted passwords, email addresses, and usernames for everyone that uses the company’s popular mobile app. This is a large security failure, because anyone whose phone gets stolen will be vulnerable to identity theft and fraud, especially if their password for the app is the same as their password for a mobile banking app.

Ten million people use the app, so Starbucks is leaving a huge group of people exposed. But the company believes the convenience of storing this unencrypted information trumps its risk. If Starbucks had chosen to make this information more secure, customers would have to enter in more personal information every time they made a purchase. The company thought that would diminish enthusiasm for the app.

Computerworld examined this security failure, talking to a variety of security experts like Charlie Wiggs, the senior VP for U.S. markets at mobile vendor Mozido. “A company like Starbucks has to make the choice between usability to drive adoption and the potential for misuse or fraud,” Wiggs told Evan Schuman. “Starbucks has opted to make it very convenient. They just have to make sure that their comfort doesn’t overexpose their consumers and their brand.”

Starbucks executives believe the convenience of stored information trumps the security failure, which is why they didn’t change their system when security researcher Daniel Woods published a breakdown of the insecure data storage practice for the iOS app earlier this week.

People love Starbucks because it’s got coffee down to a science. You go in, you say your order, you get your coffee/latte/soy whatever and you go, you buy the same overpriced gum, and everything tastes the same no matter which one you go in, and it’s quick and almost mechanized. That’s why commuters like it, why people in a rush like it. Starbucks is correct that people using the mobile app will get annoyed if they have to enter in their information every time. But this isn’t a situation where it’s either unencrypted, clear-text passwords or customers having to type all their information in each time. There are security measures Starbucks could take, like tokens and encryption techniques that would allow some wiggle room between capturing plan text data and making customers manually enter everything each time.

If you use the Starbucks mobile app, there’s not a whole lot you can do to make up for Starbucks’ bad security choices beyond deleting the app. But if you think the convenience it offers is worth the risk, you should take care to put a passcode on your phone and download a program that allows you to remotely lock it. That won’t make you 100 percent secure, since phone thieves with hacking skills may be able to get in, but it will decrease your chances of fraud if your phone gets stolen.

Or let Starbucks console you—even though the company knows about the security hole, they’re not too concerned. Spokeswoman Linda Mills told CNN the possibility for abuse is “very far fetched.”