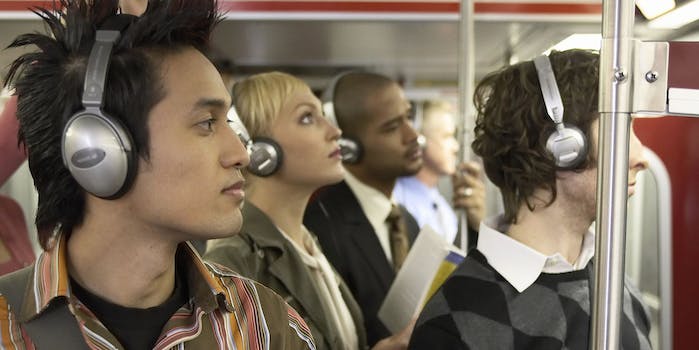 How to listen to Spotify offline

The next time Spotify goes down, be prepared.

Spotify experienced some technical difficulties on Wednesday, rendering users in the U.S. and across Europe unable to stream music. The outage was brief, and Spotify came back online at around 7:30am PT.

Naturally, as soon as the service became unavailable, the internet panicked. What do you do when you’ve got work to do and your focus playlist goes offline on Hump Day?

When #Spotify is down, I'm down. pic.twitter.com/AxDxP6Qp2n

Spotify's down, how possibly can any work get done… pic.twitter.com/M5Q4X1v7BL

This moment, when you realise that #spotify is down and you dont know how to listen some music another way…

Offices around the world when #Spotify goes down. pic.twitter.com/k7TZsXa4HI

There was a bright spot among the Spotify darkness: Users could still access offline playlists.

Offline playlists are one of the best things about Spotify, but you must be a premium subscriber to get them. Spotify’s individual premium plan is about $120 per year; a family plan is $14.99 per month; and if you’re a student, you can get it for just $4.99 per month.

When your playlists are available offline, you don’t have to worry about not being connected to the Internet. You can listen anywhere—even, in this case, when Spotify goes down for everyone else. And offline playlists are total lifesavers on airplanes and subway commutes.

Spotify lets you sync up to 3,333 songs to offline playlists. You have to connect the app to the Internet at least once a month to maintain them.

To save your tunes in offline mode:

It will take a minute for Spotify to make them all available offline; you’ll see a green arrow next to the song when it’s finished downloading. If you add songs to offline playlists, Spotify will automatically download them when you’re connected to Wi-Fi.

If you don’t want to lose your curated offline playlists, make sure to keep your Spotify subscription up to date—if you miss a payment or cancel the service, offline mode no longer works. And the worst part is discovering that just before you hop on a cross-country flight.