100 naked women to greet Donald Trump at the GOP convention

This article contains nude images, which may be NSFW.

Have you ever dreamed of standing buck naked alongside 99 other buck naked people for the purpose of conveying the “strength, intuition and wisdom of progressive and enlightened women?”

Your moment has arrived.

Spencer Tunick, a Brooklyn artist best known for his large-scale installments of nude models, plans to photograph 100 women baring all at this year’s Republican National Convention.

The four-day convention, which will presumably result in the nomination of reality TV star Donald Trump for president, will begin on July 18 at the Quicken Loans Arena in Cleveland, Ohio.

Tunick has launched a website to facilitate the recruitment of the nude models, who are intended to reflect “a wide range of body types and skin tones,” according to a description by the artist. To this aim, the number of participants has been capped at 100 people. (Although Tunick routinely includes men in his art, only women are being sought after for this upcoming work.)

According to Tunick, the women, who will be totally nude for a brief period of time, will hold up large “mirror discs” intended to “reflect the knowledge and wisdom of progressive women and the concept of ‘Mother Nature’ into and onto the convention center, cityscape and horizon in Cleveland.” 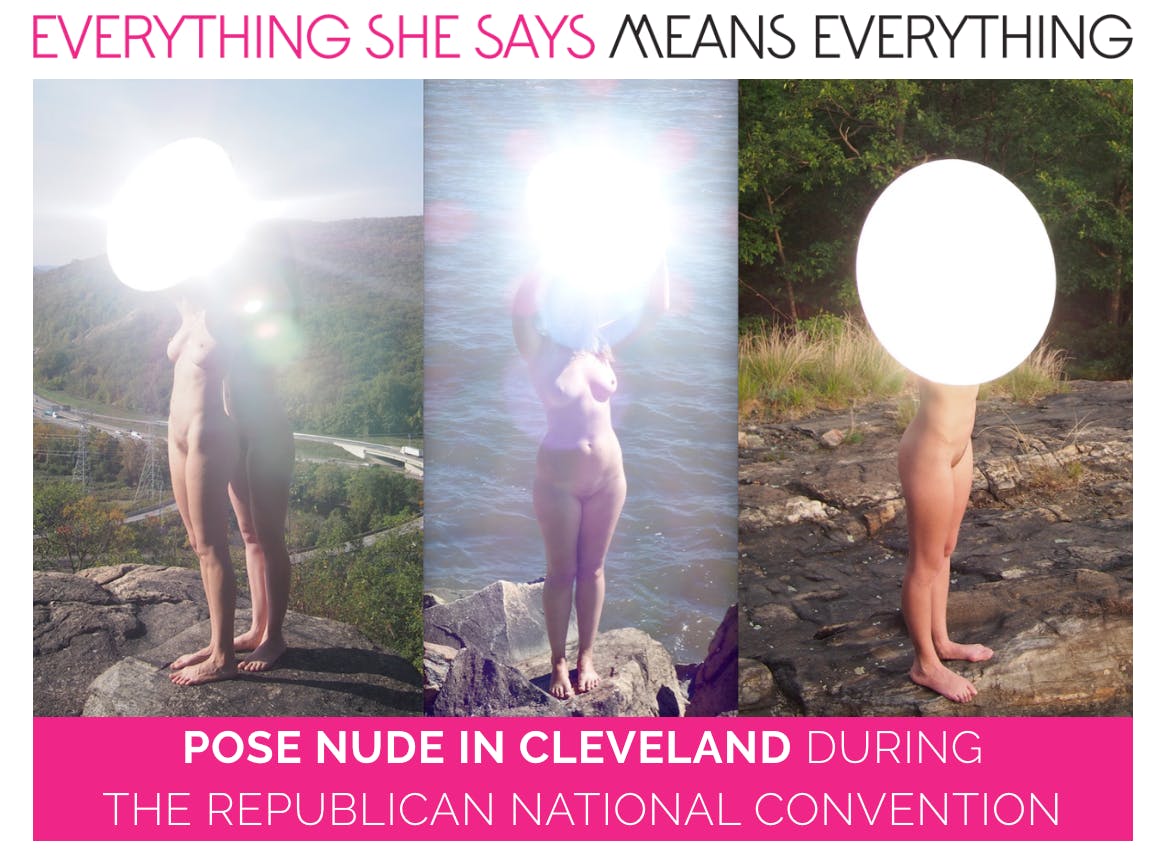 The work has been titled “Everything She Says Means Everything.” Interested parties must submit a clothing-optional photo of themselves through Tunick’s website.

It should be noted—as Tunick’s website contains no legal warning whatsoever—that it is against Ohio law to expose one’s “private parts” in public. A conviction for indecent exposure will result in a criminal record, could result in jail time, and, if minors are present, registration as a sex offender.

Tunick was previously arrested himself in New York, though he contended the arrest was illegal due to state laws that allow working with nudity.

The artist did not immediately respond to a request for comment.