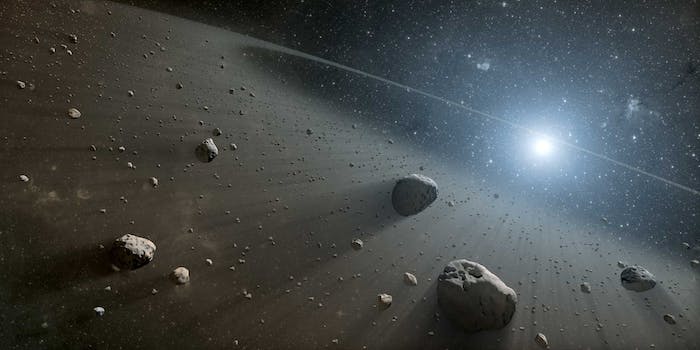 President Obama now has to decide whether to sign this sci-fi bill into law.

American businesses just got one step closer to being able to buy and sell alien minerals.

The U.S. Commercial Space Launch Competitiveness Act, colloquially known as the space mining bill, passed through the Senate last week. If the president signs the bill into law, businesses will officially be allowed to own any “resources” mined from asteroids.

The space mining bill offers an interesting legal conundrum. It feels odd for a single country to legislate ownership of items floating in space, outside the borders of any Earth nation. On the other hand, what if humanity needs to mine some useful minerals from those asteroids? Someone has to go up there and do it.

Along with space mining, the bill covers various legal issues regarding commercial space flight and exploration. But as Popular Science points out, the section about space resource rights and property ownership is by far the most controversial.

For sci-fi fans, this probably sounds like the first step toward a world where countries and corporations battle for the rights to own alien minerals. But at the very least, the space mining bill does include a clause to discourage international conflict: a “disclaimer of extraterrestrial sovereignty.” If President Obama signs the bill into law, he’ll also be clarifying that the U.S. has no exclusive rights over any celestial bodies.