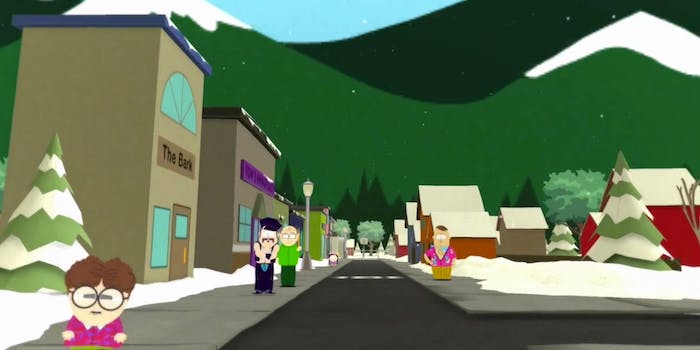 Have you ever wanted to wander around the fictional town of South Park? Well, if you have an Oculus Rift, now you can.

The busy people over at the Tool production company wanted to create a world to mess around in with the Oculus Rift virtual reality headset. The platform has seen a huge increase in interest after Facebook purchased its parent company for $2 billion dollars earlier this year.

Much of the inspiration for the town layout came from South Park: The Stick of Truth, the official video game that was released earlier this year. The virtual reality demo looks similar to an old Nintendo 64 game, largely because the character models are flat 2D renderings. Obviously this isn’t due to technical limitations, but rather Tool wanted to keep the visual style in line with the show.

If you own an Oculus Rift, you can download Tool’s South Park demo from its site. And even if you don’t, you can still explore the town in your web browser, you just won’t be able to strap it to your face.