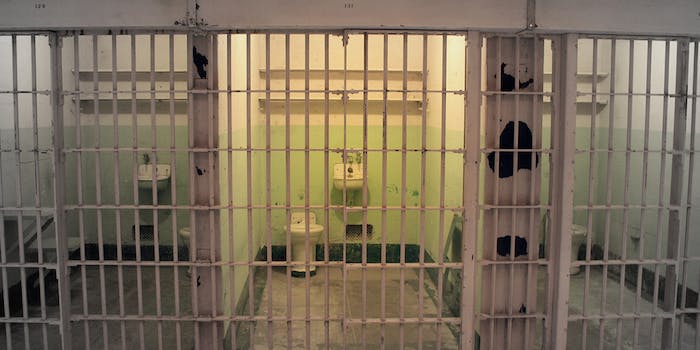 The video's virality drew the attention of the South Carolina Department of Corrections.

As if there weren’t enough stories about rappers getting disproportionate prison sentences for being rappers, seven inmates in a South Carolina prison were handed down a combined 20 years of solitary confinement from the state’s Department of Corrections, BuzzFeed reports.

In 2014, a clip was uploaded onto the popular video-sharing website WorldStarHipHop featuring inmates dressed in their prison uniforms rapping together in a small cell. The beat is made from some beatboxing and a pen tapping on the wall. The lyrics are celebratory and boastful despite their surroundings. Along with its bouncy chorus, the song sounds right in the lineage of any number of Southern rap hits.

It’s no wonder, then, that the video has since amassed more than a million views. That Internet virality that drew the attention of the South Carolina Department of Corrections (SCDC).

In addition to the punishment of solitary confinement (ranging from five to 12 months per inmate), the seven viral stars “also lost years worth of canteen, phone, and visitation privileges, as well as good time accrued,” according to BuzzFeed. Additional punishment was then placed on top of that for “gang-related materials” and the illegal cellphone that was used to record the video, adding up to a total of just under 20 years combined.

This information comes from a public records investigation by the Electronic Frontier Foundation, a non-profit digital rights group that found numerous examples of harsh punishment for social media use—including decades in solitary confinement—by the SCDC.

“Their placement is not just tied to that rap video,” the spokesperson said. “It’s the fact that they are gang members and a continued threat to safety.” It’s unclear why these inmates received more than the maximum 60-day punishment even before the gang-related punishment was handed down.

More and more studies have shown debilitating health issues caused by solitary confinement, including a United Nations expert on torture who claims there are, “measurable changes in the brain after seven days in isolation,” BuzzFeed notes.