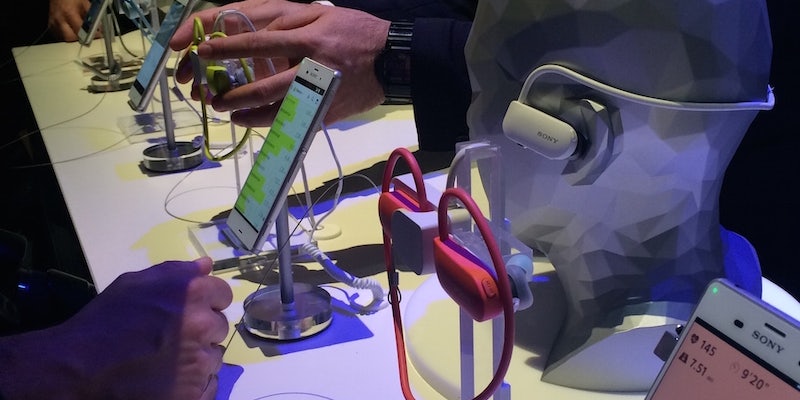 From 4K TVs to smart headphones.

Sony was under an additional spotlight at this year’s conference, as the company is still dealing with the fallout of the massive hack that leaked terabytes of Sony Pictures data in an embarrassing security scandal for the company.

Sony president and CEO Kazuo Hirai briefly touched on the hack that the government has pinned on North Korea at the company’s keynote on Sunday.

“I’m very proud of all the employees and the partners we’ve worked with who… worked tirelessly, literally 24 hours a day, sometimes days on end to bring The Interview to audiences to viewers in the U.S. and Canada, and on online venues,” Hirai said.

He also said that Annie, another Sony Pictures movie that hit theaters this holiday season is worth a watch.

After Hirai cleared the air, execs dove into demonstrating a handful of gadgets, focusing heavily on the 4K experience, wearables, and music. 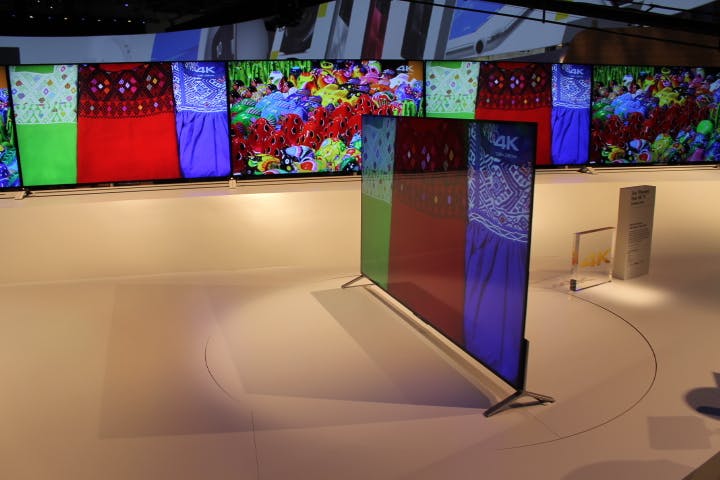 The new X900C 4K televisions are insanely thin—at the thinnest point, Sony’s new 4K TVs are just .2 inches, making it the thinnest LCD TV in the world and thinner than the company’s Xperia smartphones. The company makes watching movies and television even better thanks to a new 4K graphics processor called the X1.

All of Sony’s 4K TVs will run the Android TV operating system, which means you’ll be able to watch and share streaming video from your smartphone to your tablet to your television seamlessly. With Google Cast, announced today, you can fling content from your streaming device to your Sony 4K TV. 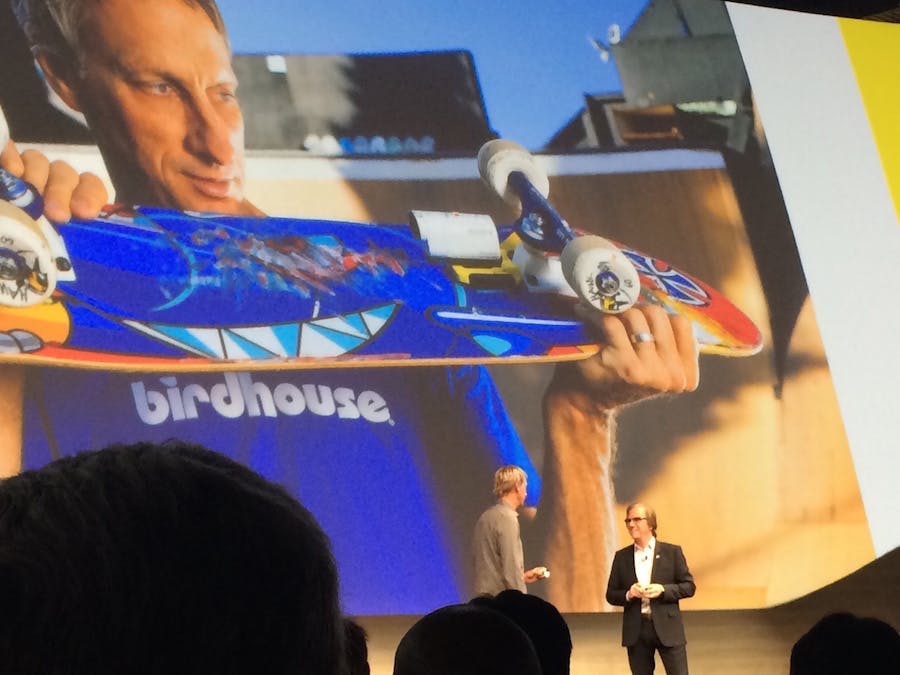 The company unveiled the new Sony ZX2 Walkman, with 128GB of storage, improved sound quality, and high-res audio offerings. “It is tailored for outstanding sound, every piece of material and component has been crafted to realize the high-res audio experience,” Fasulo said. 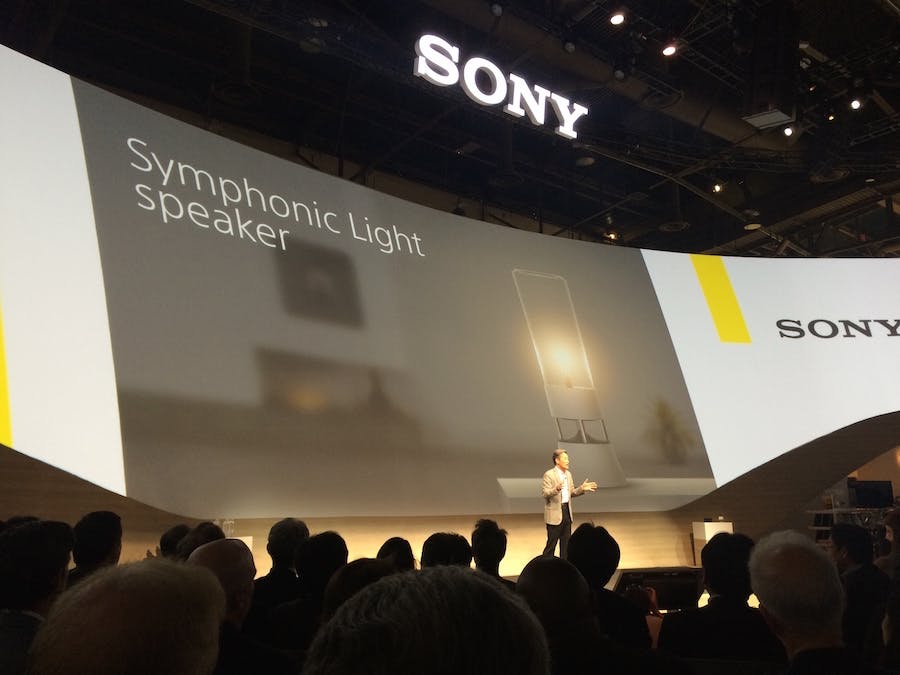 Sony pulled an unexpected accessory out during its keynote with a Symphonic Light Speaker, an LED lamp that’s also a speaker. According to Hirai, the music flows from all directions, which makes it different than a traditional speaker. And the clear glass around the lamp can reproduce a higher frequency sound. The company didn’t provide much more info about this lamp-turned-music player, but we’ll see if we can find out more while on the ground at the event. Sony wants to eliminate the need for both a smartwatch and mobile device for athletes who like to listen to music while on a run. The company’s new B-Trainer sports headset prototype is an all-in-one waterproof device that will feature GPS tracking, a music player, and even offers encouragement throughout your run.