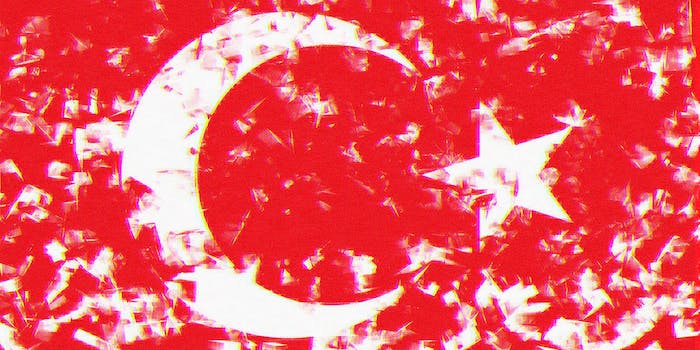 Facebook, Twitter, and YouTube on Monday were reportedly blocked for many users in Turkey following the assassination of the Russian ambassador to Turkey by an off-duty Turkish policeman.

Internet freedom group Turkey Blocks reported on Monday night that its monitoring network had detected “severe slowdowns” of the social media sites following the lethal shooting of Ambassador Andrey G. Karlov in a museum in Ankara. The Turkish government regularly imposes social media blackouts in the wake of terrorist attacks or periods of national crises such as this summer’s attempted coup.

“Turkish government throttling social media due to the assassination.

Telegram, Whatsapp, Skype if you need to contact me.”

Social media and broadcast news blackouts have become commonplace in Turkey. Many journalists and avid technology users in Turkey merely use VPNs and proxies as workarounds.

The temporary stall to social media on Monday is nothing compared to a throttling that occurred Friday following a car bombing in Diyarbakir that killed eight. The blackout included major internet service providers TTNet and Turkcell, according to Turkey Blocks, and impacted Instagram, Skype, and even the end-to-end encryption messaging app WhatsApp, which are normally not affected by the blackouts.