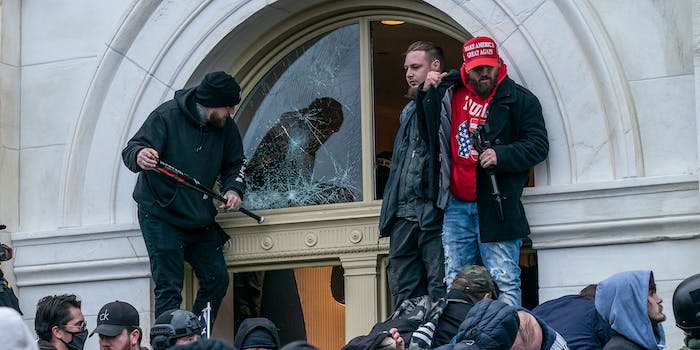 The select committee in the House of Representatives investigating the Jan. 6 Capitol riot last year has subpoenaed numerous social media companies after getting what it called “inadequate responses” to its initial requests for information.

In August, the committee sent letters to 15 social media companies, ranging from larger ones like Facebook, Google, Twitter, and Reddit to right-wing sites like Gab and Parler. Specifically, the committee said it was looking for reviews, studies, or reports about misinformation about the 2020 election or efforts to “overturn, challenge, or otherwise interfere with the 2020 election.”

“Two key questions for the Select Committee are how the spread of misinformation and violent extremism contributed to the violent attack on our democracy, and what steps—if any—social media companies took to prevent their platforms from being breeding grounds for radicalizing people to violence,” Thompson said in a statement.

The lawmaker added: “It’s disappointing that after months of engagement, we still do not have the documents and information necessary to answer those basic questions. The Select Committee is working to get answers for the American people and help ensure nothing like January 6th ever happens again. We cannot allow our important work to be delayed any further.”

In letters to the companies, the committee said YouTube was “a platform for significant communications” that were “relevant to the planning and execution” of the Capitol riot. The committee also said it believes Alphabet, YouTube’s parent company, has “significant undisclosed information that is critical” to its investigation.

Meanwhile, in a letter to Meta—the parent company for Facebook—the committee said Facebook had not turned over “critical internal and external analyses conducted by the company regarding misinformation, disinformation, and malinformation relating to the 2020 election, efforts to challenge or overturn the election, and the use of Meta by domestic violent extremists to affect the 2020 election.”

As for Twitter, the committee said it had not turned over documents relating to “warnings it received regarding the use of the platform to plan or incite violence on Jan. 6.”

Reddit, the committee said, has not “committed to a through review of its records for documents” related to the investigation.