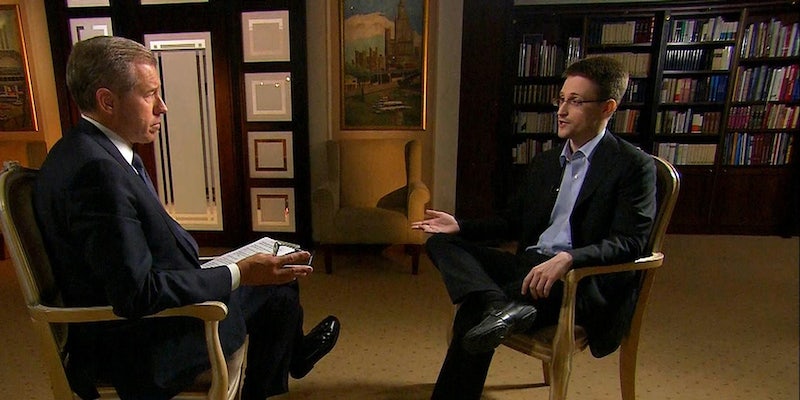 The NSA leaker takes his host country to task.

Earlier this month, Russia ordered popular bloggers to register with government authorities and outlawed anonymous blogging as it continued a clampdown on social media across the board.

Russia’s so-called ‘blogger’s law’ requires any website or blog with at least 3,000 daily readers to register as an official news site, the likes of which are regulated by the country’s government.

Snowden, who has been widely and repeatedly accused by U.S. politicians and military brass of being in bed with Russian president Vladimir Putin, criticized Russia’s policies in clear terms.

“It’s frustrating for someone working so hard to expand our rights to end up in a place where those rights are being challenged,” he said. “I can’t think of a basis for that law in Russia or in any country.”

As recently as Wednesday morning, U.S. congressman Mike Rogers (R-Mich.) said during a symposium at George Washington University that he believed Snowden was in contact with Russian intelligence services.

Michael McFaul, the American ambassador to Russia until Feb. 2014, disputed that idea, saying that Snowden’s appearance on a call-in show in which he spoke to Putin is proof positive that a relationship exists.

Snowden, journalist Glenn Greenwald, and their allies have said that the 30-year-old leaker is in Russia only because his passport was revoked while he was in the Moscow airport, leaving him unable to continue to his original destination of South America.