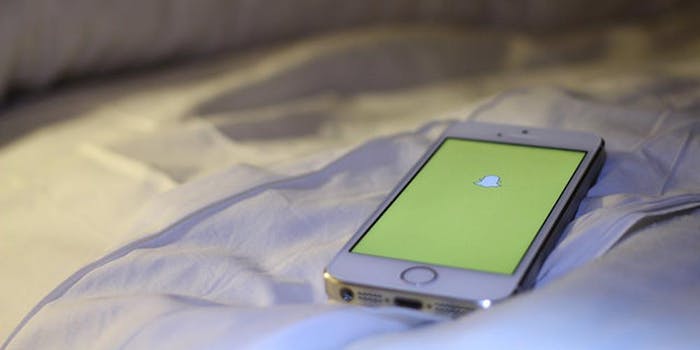 It's being called "the Snappening."

Bad news for Snapchat users: The ephemeral photo-sharing service has been compromised, resulting in the potential distribution of hundreds of thousands of users’ private photos and videos, Business Insider reports.

Known as “the Snappening,” the hack is reportedly even larger in scale than the iCloud celebrity hack last month that affected Jennifer Lawrence, Kirsten Dunst, and Kim Kardashian, among dozens of others. As with the Celebgate, the photos were touted via 4chan.

According to Business Insider, Snapchat’s database was not hacked, but rather a third-party image-saving service that lets Snapchat recipients save their photos and videos without notifying the sender. (There’s some debate over which third-party service it actually was. Although one Norwegian media outlet is reporting that it was the Android app SnapSave, Business Insider is reporting it was actually the now-defunct website SnapSave.com.)

On Thursday night, the hackers took to 4chan to announce that they were creating a searchable database for the hacked photos so users could search by username, and that there were, unsurprisingly, “a lot of dick pics.” A 4chan user allegedly posted about 100,000 photos on the website ViralPop, but the host was taken down after a few hours. There are also reportedly some “PG-13” hacked images floating around on the forum, although given how many Snapchat users are below legal age (71 percent are under 25, according to one report), it’s unclear how many of these images would constitute child pornography. Earlier this month, a Daily Dot investigation revealed a startling, amateur porn scene on Snapchat.

This isn’t the first time that Snapchat has experienced security issues. Earlier this year, the usernames and phone numbers of nearly 4.6 million Snapchat users were posted online as the result of a security breach, and a month before a security report found that an exploit in the app allowed users to easily access other users’ phone numbers.

We can confirm that Snapchat’s servers were never breached and were not the source of these leaks. Snapchatters were victimized by their use of third-party apps to send and receive Snaps, a practice that we expressly prohibit in our Terms of Use precisely because they compromise our users’ security. We vigilantly monitor the App Store and Google Play for illegal third-party apps and have succeeded in getting many of these removed.