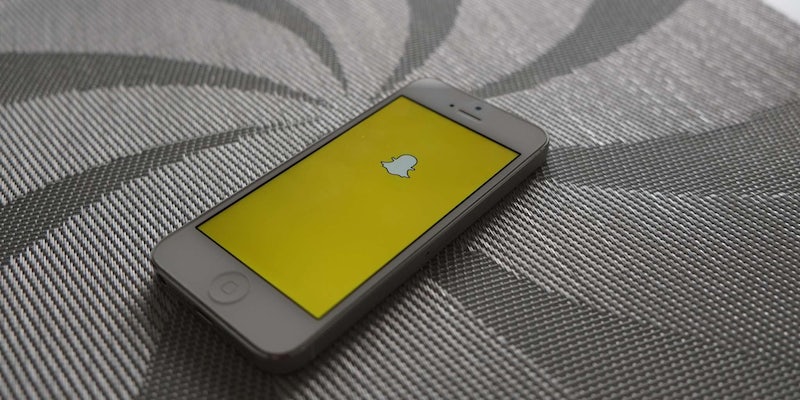 On Tuesday, Snapchat made the mistake of thinking it could roll out an update that changed the app’s font without telling anyone about it first. Now the Internet is filled with teens who had enough on their plate before being forced to deal with this drastic departure from one of the only constants in their lives.

The app update, which rolled out for iOS devices, changed the font within the Snapchat app’s menus. According to graphic designer Tynan Humphrey, the old font appeared to be Helvetica while the new font looks like Avenir. “It’s a little lighter, and a bit more geometric than the old font,” he told the Daily Dot.

It’s a subtle change, all things considered, but it’s causing Snapchat aficionados to flip their lids. Nothing has ever been more important and upsetting than this minor font change, and nothing ever will be.

snapchat changed their font and i feel so uncomfortable

For some reason, there is also a large continent of people who seem to think the new font resembles a typeface that is used on Android devices…

new snapchat font is gross and reminds me of android

The Android font comment is ridiculous. (Okay, it’s all ridiculous, but the Android comment specifically so.) Avenir isn’t even a supported font on Android, and at one point was the font of choice for Apple Maps and Siri. Members of the Avenir font family are also supported in OS X.

It’s worth noting that the change in typeface only appears on the menu screens for iOS users, while photo captions, Snapchat Discover, and the Snapchat logo and other visuals remain unchanged. Now they serve as a reminder of a simpler time when the world just made sense.

Other updates that haven’t disrupted the delicate existence of teen life include a slight navigational tweak that let users scroll through Stories by how recently they were updated or by alphabetical order.

Snapchat declined to comment on the details of the font change, presumably because the company is faced with a reckoning as it comes to terms with how many lives its ruined with its latest update. Didn’t we have enough on our plate before you hit us with this, Snapchat? For shame.