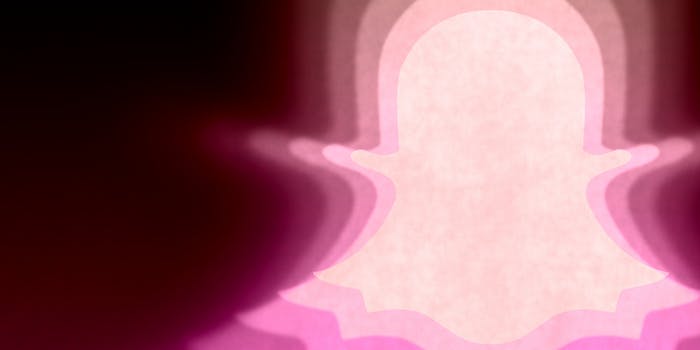 The new Snapchat emoji are creating a teen caste system

Snapchat was never any good at keeping secrets.

When Snapchat removed the ability to see users’ best friends, there was something of an uproar. The feature was a social status indicator—it created coveted friendships within the vast community of teen Snapchatters.

Being “old,” I can’t personally speak to its importance, but I’ve come to understand it as the digital version of wearing those half-heart necklaces that say “friends 4 eva.” It was visible, obvious, public, and intimate at the same time.

Yesterday, Snapchat brought best friends back, but it reimagined the entire construct of tiered friendships with its relationship emoji. Now, instead of a tiny little icon indicating your closest Snapchat contact, there’s an entire catalog of images that dictate what the people you Snap with mean to you.

The emoji are fun and cute, as emoji always are, but you can’t add a directory of visual relationship quantifiers without things getting competitive and confusing.

The emoji update means nothing to casual Snapchat users like me. It’s fun and cute, and we’re moving right along. But for those whose lives revolve around using Snapchat as a major platform for communication, creativity, and socializing—namely, teens—chaos has descended.

when the snapchat update puts a heart by your exs name? oh no no

May delete snapchat after this update. Knowing if I'm someones only BF or not is fuel to a fire in a woman's brain.

A certain competitiveness has also emerged.

Other complaints stem from the fact that Snapchat got it wrong.

I don't need emojis to let me know that @NotDrLatimer is my snapchat BFF. Well, maybe I do. But my emojis, not snapchat's emojis.

when someone you dont talk to is your best friend on snapchat pic.twitter.com/zIuShcvEBh

It’s not all overwhelming negativity, though. Teens have also expressed curiosity and even approval at their emoji-based relationship assignments.

According to snapchat Jordie is the four to my tris, the fire to my flame, and the smile to my face. @jordierussell13 pic.twitter.com/TLnYY3tg3T

The age of FOMO is officially over. From now on it will be Snapchat emoji envy and outing that causes Internet-age friendship anxiety.

It’s funny how an app that emphasizes disappearing messages and secret conversations has become the great relationship-outer of our time.

So much for ephemerality.