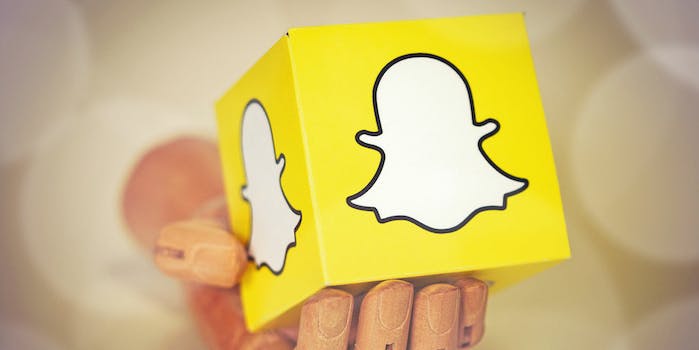 Snap wants you to forget about Facebook—and ‘login with Snapchat’

Bitmoji could also be on their way to third-party services.

Snapchat is reportedly readying the launch of its first developer kit that will let third-party apps add a “login with Snapchat” button. The feature, part of “Snapkit,” would be similar to the “login with Facebook” option many services already offer.

Among other additions, Snapkit would let users sign in to apps using their Snapchat credentials instead of having to fill out a form to create a new account. The social network is reportedly in talks with developers to integrate Snapkit into their apps.

First reported by TechCrunch, the login method would be a change of pace for a company that has rejected third-party services over the years. While Facebook was spreading its reach across the digital sphere by handing out its “login with Facebook” tool to other companies, Snapchat was clamping down on outside influence. In 2014, it banned the use of unofficial apps that let users save Snaps after a series of data breaches. The company even added restrictions to third-party apps in its terms of service, stating, “You will not use or develop any third-party applications that interact with the Services or other users’ content or information without our written consent.”

But the beleaguered social media platform will need to make drastic changes if it’s going to catch up to Facebook and Instagram. Its user base has slowly grown in recent month but skeptics still fear it will plateau, especially after the polarizing changes it made to its interface. It has also struggled to stay relevant since Instagram and Facebook started cloning its standout features.

Now Snapchat is entering into Facebook’s territory and hoping to capitalize on its mistakes. Young users concerned about data privacy may log in to other apps using their Snapchat credentials in the wake of Facebook’s Cambridge Analytica privacy scandal. Since Snapchat doesn’t collect nearly as much data on users as Facebook, there is a smaller chance of apps misusing it.

The “login with Snapchat” button will also let users bring Bitmoji to other services. The avatar could be used to populate profile photos, and, if it catches on, could inspire others to adopt the cartoon figures. Naturally, the ephemeral messaging app is also working on a way for developers to integrate its heralded camera and AR tools into their apps.

It’s not clear when Snapkit will be unveiled, but you can bet Snapchat will want to introduce significant partnerships when it is.