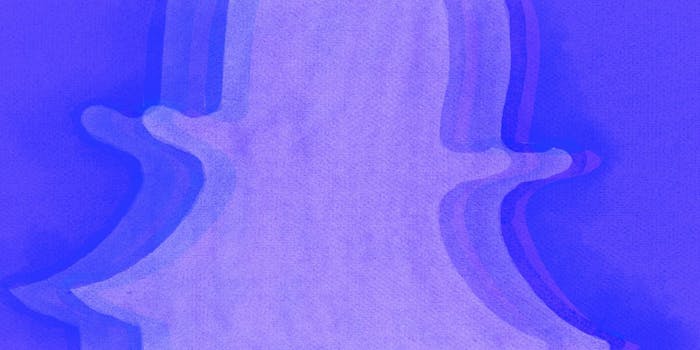 The Democratic debate as told through Snapchat

The first of several Democratic presidential debates kicked off on Tuesday night and lots of people were watching. Many of those people had smartphones, and several of them took the opportunity to transform the political goings-on into pure comedy using Snapchat’s new selfie lenses and a few well-placed emoji. Have a look.

Not surprised that I go to UVM and got a snapchat of this during the debate pic.twitter.com/URtBbKQJha

Thank you @Snapchat for making the Debate even more fun. pic.twitter.com/k7Q38SL5Vk

@Snapchat makes this debate so much better pic.twitter.com/NWNUtEaXxq

It’s just a shame that the infamous “Rainbow Vomit” filter was removed before the presidential hopefuls had a chance to take the stage.