How to send a personal Snapchat to your favorite celebrity

This Snapchat code database is your one-stop shop for celebrity snaps.

Snapchat‘s introduction of Snapcodes—those funky black dot patterns every user has on their profile page—has made it easier than ever to connect with friends. It’s also the quickest way to send your favorite celebrity a totally personal and private message. Here’s how to make it happen:

Because of Snapchat’s lack of a user directory or proper browser client it can be a serious chore to find the username of the guy or gal you’re hoping to add, much less their personal Snapcode.

Thankfully, there’s a database that has been compiling celeb Snapcode info for some time now, and the collection of celebrity contacts is expansive. Snapchat.codes—yes, that’s actually its Web address—is a huge gallery of Snapcodes including everyone from Ariana Grande to Ryan Seacrest. 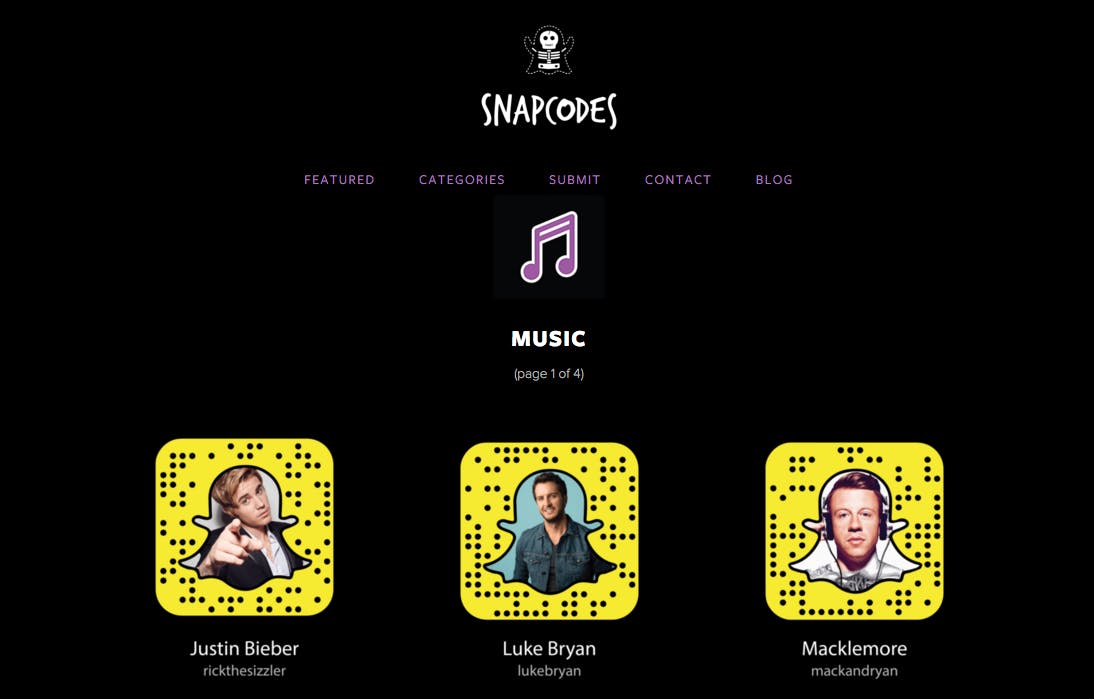 The codes are organized into categories, and while there isn’t an alphabetical directory, it’s still fairly easy to find the most high-profile stars with Snapchat accounts.

You’ll find well-known names like Justin Bieber, Kim Kardashian, Miley Cyrus, Macklemore, and Bernie Sanders, as well as viral stars like Cameron Dallas and Jerome Jarre. In short, if you have a celebrity obsession, and they use Snapchat, they’re probably here.

Adding a celebrity as a friend

Once you have the Snapcode of the person you want to add on your smartphone screen, just take a quick screenshot to add it to your camera roll.

From within the Snapchat app, tap on the ghost icon on the top of the screen and then tap “Add Friends.” On the selection screen, tap the screenshot you just took and then confirm the friend request when the pop-up appears. That’s it! You’ve just added your new celebrity friend. You can now send them Snapchat photos and, if you’re extremely lucky, you might get a reply or friend reciprocation.

Just, you know, don’t get too weird.