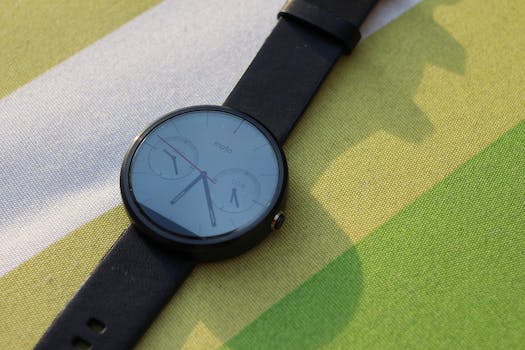 Talk to the wrist.

I love new gadgets, and even though I’ve never been much of a watch-wearer I was pretty excited when I first heard about the Pebble. I’d never considered strapping a tiny computer to my wrist—unless you count those old Casio calculator watches—but I instantly fell in love with the idea.

In the years since, I’ve put several smart wearables through their paces—the Moto 360, Nike+ FuelBand, Pebble, and Misfit Shine, to name a few—and experienced varying levels of success. If you’ve been putting off the research and eventual purchase of a smartwatch for any reason, but still want to know what it’s like to actually own and use one on a daily basis, let me give you a small glimpse into my world. I present to you seven things I’ve caught myself saying to my wrist.

“No, I’m not seven minutes from home—I’m at home—and why are you telling me this at 2am?”

The Moto 360 uses Google Now to provide “intelligent” and relevant tidbits to you whenever it thinks you need them. For example, you’ll often get a forecast pushed to your smartwatch screen first thing in the morning, which is great. What isn’t great is when Google Now thinks you’re headed home when you’re actually already there. A complete reset of Google Now on my phone fixed the issue, but not before I got several untimely notifications that made me question where I actually lived.

“I haven’t walked a single step since I put you on, why are you telling me I’ve met five percent of my activity goal for the day?”

Almost every wearable these days tries to incorporate a pedometer, and they’re often horribly inaccurate. Putting my FuelBand on while sitting at my desk would often result in racking up activity points for doing nothing more than typing an article or two and checking my email. Not exactly the kind of activity they demonstrate in the commercials, which throws into question the validity of the entire system. Or maybe I just flail around while doing office work and don’t actually realize it.

Once, during an otherwise pleasant evening of dinner and drinks with some extended family, my Pebble got stuck in an infinite loop of Twitter notifications. A seemingly random error caused a private message notification to repeatedly ping my watch once every minute or so until I actually shut the watch off. It never happened again, but every time my watch beeps while I’m at a restaurant I feel a touch of panic.

“You’re sitting on top of the phone, so don’t you dare tell me you can’t detect it.”

Bluetooth is still a little more hit-or-miss than it should be. No matter the combination of wearable and smartphone, I’ve had occasional issues with disconnects and reconnects with no discernable pattern. I think I’m actually starting to develop a phobia of poor Bluetooth connectivity. I don’t want to talk about it. Leave me alone.

“Hey, this thing actually has pretty good range. My phone is on my desk and I’m all the way over… nevermind.”

The Moto 360 is meant to be used while you have your smartphone in your pocket, but it has some impressive range if you happen to leave it in another room—or at least it pretends to. I don’t actually expect the watch to stay connected if I carry it with me to a different floor of my apartment, but the effort the watch seems to go through to convince you it’s still connected is kind of adorable. It oftentimes won’t admit that it’s lost connection until you try to set an alarm to use one of the other smartphone features.

$150 isn’t actually all that much in the world of watches, but it feels like a lot when you’re investing in a product that may or may not be around in a year. That’s why, when my shiny new Pebble got a massive scratch across the screen within the first week, I felt like it might have been some kind of an omen. I hadn’t even considered needing a screen protector for a watch, but apparently that’s a thing. Let that be a warning to you if you’re considering such a purchase.

I realize that this might make smartwatch ownership sound kind of lame—and sometimes it is—but overall I’m glad I was an early adopter. The Moto 360 is really light years ahead of what smartwatches were just 18 months ago, and I have a feeling that the Apple Watch is going to scorch just about everything that has come before it, and several things that will follow it. If you want to get in on a new technology you need to know what to expect, so feel free to use my experience as your guide. Oh, and don’t forget the screen protector.

Hopefully someday soon, all I’m saying to my wrist is “I love you.”