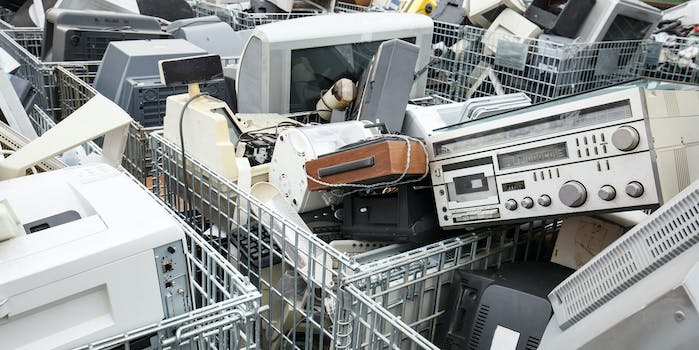 Here's what you can do about it.

Make sure to recycle or donate your old smartphones. It may just save our planet.

A new study conducted by researchers at McMaster University found the Information and Communications Technology (ICT) industry, which includes smartphones, tablets, laptops, and other gadgets, has a destructive effect on our environment. Looking at data from 2010 to 2020, the researchers determined the ICT accounted for 1 percent of our carbon footprint in 2007 and, at its current rate, would reach 14 percent by 2040, or half the impact of the entire transportation industry.

Those harrowing statistics come despite the miniaturization of gadgets from giant at-home PCs to tiny smartphones and wearables. There is no technology more at fault than our mobile devices, which are typically thrown away after two years and replaced by larger, faster versions. A report from the United Nations Environment Program predicted 50 millions tons of waste, mostly smartphones and computers, would be dumped into landfills last year. That number is up 20 percent from 2015.

The problem isn’t the device itself, but its components. Mining the resources that make up a smartphone accounts for roughly 90 percent of the carbon a phone produces in two years. As Fast Company points out, that means disposing of a phone after two years is more harmful than using one for 10 years. What’s worse: New phones with larger displays, despite being more efficient, create more CO2 because of their energy requirements.

However, by far the biggest contributors to greenhouse gas emissions in the ICT industry are servers and data farms run by mega-corporations like Facebook, Google, and Microsoft. Any service that needs data to be processed in the cloud relies on remote servers to do the heavy lifting. According to the study, these servers will account for 45 percent of ICT emissions by 2020. Google, Apple, and Facebook have all vowed to use 100 percent renewable energy for their data centers.

So, what can you do? The best way to reduce your carbon footprint is to hold onto your phone for as long as possible. As demand for these devices rises, smartphone makers increase supply with little care for the environment. If you keep your phone for a few more years, you can help reduce the current rate of e-waste. Alternatively, instead of throwing your phone away when its lithium-ion battery dies or screen cracks, take it to a repair center or have it recycled. Currently, less than 1 percent of electronics are recycled, Lotfi Belkhir, the study’s author told Fast Company.

Several non-profits like Goodwill or Call2Recycle will recycle or reuse old electronics without charge. Other recognizable businesses like BestBuy and Staples will also properly dispose of your gadgets so they don’t end up in landfills.