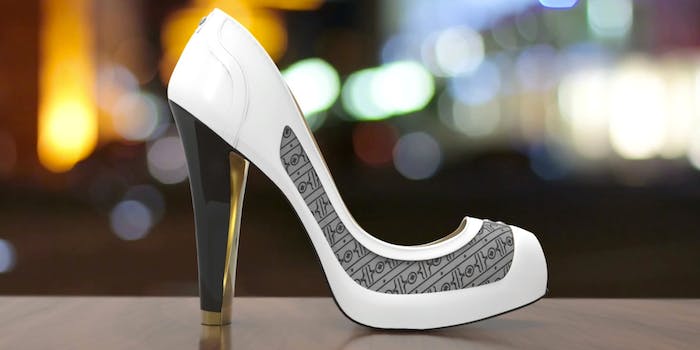 You change how these shoes look with a smartphone app

Soon, one pair of heels might be all you need.

If the bottom of your closet is full of shoes, have you ever wished for one pair of shoes that could fill your every footwear need? The Volvorii Timeless smart shoe might be the answer to your prayers—or at least a step in the right direction.

This high-heeled shoe, created by iShüu Technologies, sports a novel feature inspired by the Internet of Things: the ability to change color based as directed by a smartphone app.

iShüu’s smart shoe comes in either white or black and contains a flexible display. Using the app, you can change the color and pattern on the display to give your heels a totally new look. In addition to multiple display options, the heels also have fasteners on the front and back to which you can attach accessories, thus making them even more modular.

iShüu Technologies is trying to raise $50,000 on Indiegogo to fund the early stages of its project.

“We need your support to reach the next level we cannot on our own without your help,” the company’s campaign page says. “The money we raise during our pre-orders campaign will allow us to pay for the FCC & CE testing, tooling & mass manufacturing, refining the iOS and Android App, roll out an efficient online platform for users to purchase and sell smart shoe design patterns and accessories.” 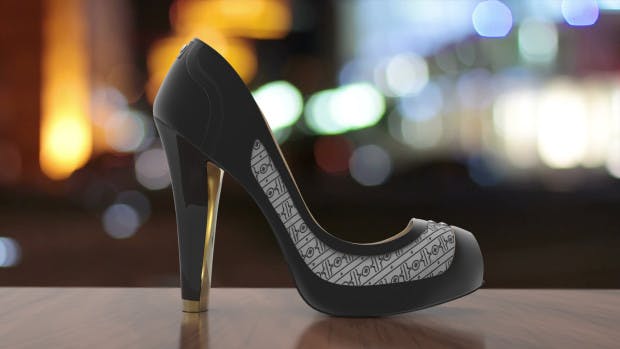 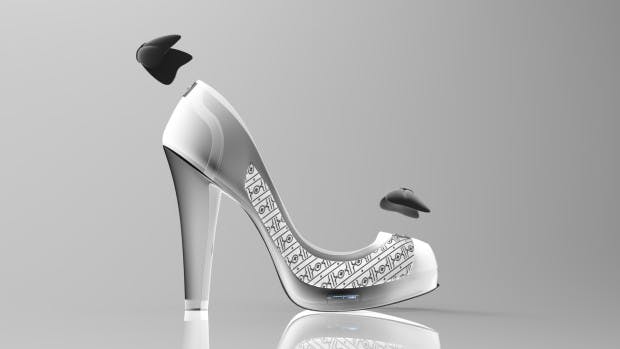 If you’re interested in getting a campaign perk instead of just contributing, you should know that the first two are already sold out, with the cheapest perk costing $249. For a contribution that size, you can get a pair of the shoes “at a huge retail discount” plus shipping. You can even get a free pair if five friends you refer to the campaign order a pair as well.

The shoes are expected to arrive in December. The Indiegogo campaign, which ends in 20 days, has already raised more than $18,900.

While the shoes will certainly be pricey if the company starts producing them more widely, they might fill an important niche for people with intense footwear needs. Imagine not having to rummage through multiple pairs of shoes every day because you can grab one pair and pick the perfect look with the click of an app.