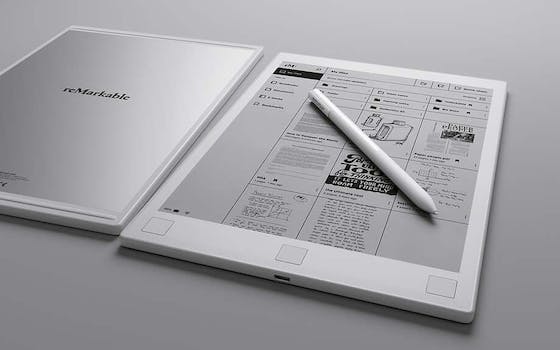 Love paper but want to go paperless? The right smart notebook can digitize your handwriting, sketches, and other notes, and store them electronically.

Whether you love paper and pen or prefer to live paper-free, you still probably need to take notes, read PDFs, or maybe even illustrate an idea with a sketch. Smart notebooks help bring ideas typically captured on paper into a digital format. Some smart notebooks even involve real paper, as you’ll see, from the list of the best smart notebooks below.

What is a smart notebook?

Smart notebooks don’t really conform to a firm definition. There’s still a lot of interpretation in regards to what a smart notebook is. That said, they are different from tablets: Tablets usually have color screens, like the Retina display on any recent iPad. Smart notebooks use some other kind of technology for the interface.

As you’ll see from the list below, some smart notebooks work best as digital tablets for writing and sketching. Others are paper-based notebooks with either a pressure-sensitive pad behind them to capture what you write or a companion app you use to scan pages.

We included one unique product that is something of an “honorary” smart notebook even though it’s actually a pen. It’s so smart, however, that it turns any notebook into a smart notebook.

How much does a smart notebook cost?

A smart notebook costs about as much as you want to spend. The lowest-priced option in this list costs $32, but it requires you to scan pages using your smartphone to digitize your notes. On the high end, you can spend up to $859 for a powerful, expansive, multipurpose device.

How much you spend also depends on whether you care about reading on the notebook, too. Many digital notebooks double as e-readers. They almost universally support PDFs, though not all of them let you load standard e-books, so watch out for that.

If you’re looking to buy a smart notebook, here are six of the best options listed in alphabetical order, plus a few words about what makes each one special. 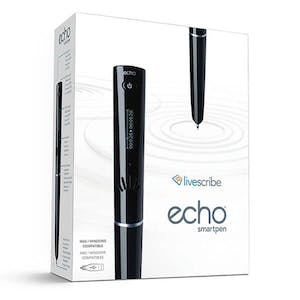 It’s not a smart notebook per se, but the LiveScribe Echo pen turns any notebook into a smart one. This special pen has the unique ability to remember what you write or draw, the order in which you did so, and any audio that played while you wrote. That means you can take lecture notes while also recording the speaker. Or you can write your own notes and dictate additional thoughts. When you’re done with your work, you can sync the memory from the LiveScribe Echo pen to a macOS or Windows computer and see all your notes reappear in the order that you took them on screen in a digital notebook. 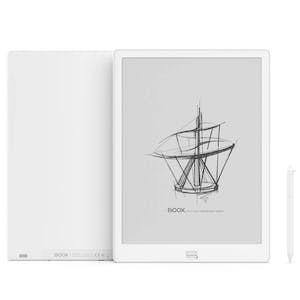 It may seem like you need a money-is-no-object attitude to buy the Onyx Boox Max 3, and maybe you do. But the key thing to know about this smart notebook is just how much it’s capable of. It’s a big, 13.3-inch e-reader with E-Ink Mobius (making reading easy on the eyes) running Android 9 that’s WiFi-capable, so you can also use it to surf the web or connect to digital libraries. About the only thing it can’t do is display color since it’s grayscale only.

The Onyx Boox Max 3 is especially useful for anyone who spends hours a day pouring over PDFs and needs to make notes on the pages, mark them up, highlight passages, or even translate text. It ships with 4GB of RAM, a stylus, charging cable, HDMI cable, and protective sleeve. 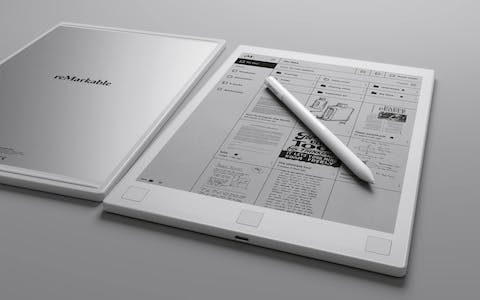 ReMarkable is billed as the digital notebook for people who don’t want to give up paper. It’s designed to feel like paper as you read, draw, and write on it. This 10.3-inch smart notebook not only feels like paper but also sounds like it when you write or draw on it with the included marker. The pressure-sensitive marker never requires charging or pairing. This notebook doubles an e-reader. The surface contains the company’s own Canvas technology, which uses black ink particles to reflect natural light. When you buy a reMarkable tablet, it ships with not only the marker but also with eight replacement tips and a cable for recharging. 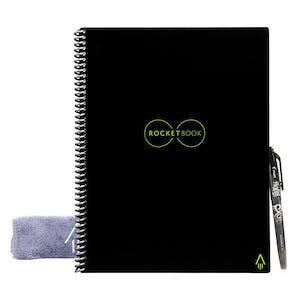 The Rocketbook Everlast Notebook is a smart and reusable paper notebook. You might remember its predecessor, which, ahem, microwaved itself clean. In the 2019 version, you write on special waterproof pages with a Pilot Frixion pen and wipe the pages clean with a damp microfiber cloth when you’re done. So what makes it a smart notebook? Using a companion app, you scan your pages to turn them into digital notes. At the bottom of each page are a few icons. You assign each icon to a destination in one of your cloud storage services, such as a particular folder in Google Drive or a notebook in Evernote. Whenever you write on a page, you put color in the corresponding icon and the app files your pages accordingly when you scan them. The app works with Dropbox, Google Drive, Evernote, Microsoft OneNote, and email, with support for a few other services in the works. The book comes in four colors (black, red, midnight blue, and teal) and two sizes (8.5 by 11 inches with 32 pages or 6 by 8.8 inches with 36 pages). 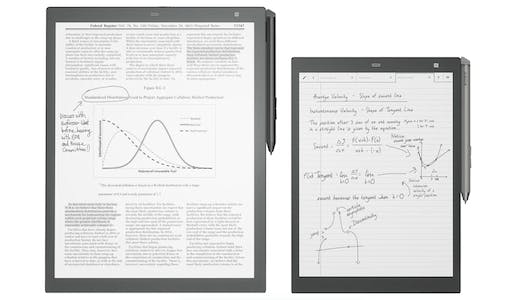 Sony’s slim, lightweight, and Wi-Fi-enabled Digital Paper is a smart notebook for writing, sketching, and reading and marking up PDFs. It doesn’t support Epub or Mobi formats, however, so it works better as a notebook rather than an e-reader. It’s easy on the eyes with low glare and a texture that’s much closer to paper than an electronic display. You can write and draw on lined, dotted, or blank pages. 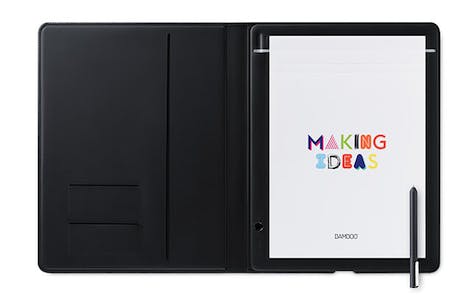 The Wacom Bamboo Folio is for people who love to write on paper with a pen but also want the benefits of digitized notes. Wacom has long been a leader in digital tablets, especially those for drawing and sketching. The Bamboo Folio puts an interesting twist on the concept of a smart notebook, however. It’s a paper pad tucked into a little folio case, and the back of the case is a smart surface. When you write or draw on the paper, the smart surface records your marks. It stores them and later transfers them wirelessly to a companion app. You never have to scan your handwritten pages, but you get the same result as if you did.

Wacom also sells a less expensive Bamboo Slate ($129.99). It works similarly but is merely a slab rather than a folded folio.